Singapore’s madrassas: another ‘exception’ to the secular state?

Singaporean Muslims ought to be alarmed with reports that students from the Madrasah Wak Tanjong Al-Islamiah did not meet the Ministry of Education's (MOE) minimum Primary School Leaving Examination (PSLE) standards. (For Singaporean Muslims read Malays, non-Malay speaking Muslims will have a hard time gaining admission into religious schools with a curriculum administered primarily in Malay.)
As a result of the madrassa's poor non-religious educational standards, it has been disallowed from admitting new Primary One students for the academic years 2012 – 2014. A second madrassa, Madrassa Al-Arabiah ceased its Primary One intake in 2009 for similar reasons.
Falling short of the PSLE benchmark is surprising given the lax standards applied by the MOE to the Republic's six madrassas. The religious schools are required to meet a minimum benchmark at least twice during every three year assessment period. The minimum benchmark "is pegged at the average PSLE aggregate score of Malay pupils who took four standard-level subjects in the six lowest performing national schools, ranked according to the performance of the Malay pupils ... of the same year." (Ministry of Education Information Sheet, November 2010. Emphasis added by author.)
Clearly, the MOE's flaccid yardstick does not push Singapore's madrassas far enough in raising educational standards to national levels. 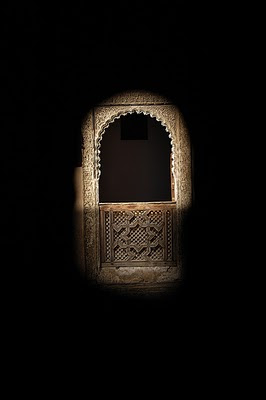 Critics may counter that a madrassa's role in society is distinct from that of a 'normal' school. Certainly, Madrasah Wak Tanjong Al-Islamiah stated objectives point in that direction.
"Mastering of the Arabic language is a pre-requisite for the understanding of the Al-Quran and Hadiths (Prophetic Traditions), the two fundamental sources of Islamic jurisprudence, less in importance, is the acquisition of knowledge in the secular sciences." (Madrasah Wak Tanjong Al-Islamiah website. Emphasis added by author.)
What exactly is the role of Islamic schools in contemporary Singaporean society - to provide Islamic education to Malay-Muslims who wish to pursue specialized religious knowledge? To teach Arabic so Malay-Muslims may interpret the Koran 'correctly' by comprehending the holy book in its original form? Or, as stated by the Madrasah Wak Tanjong Al-Islamiah website, simply "moulding students to become Islamic scholars who excel religiously as well as academically."
Surely, religious education can form an important part of character building for children. But is it necessary to impart such training on a full time basis, especially through schools with an overtly religious character?
Religious training is better left as a private 'extra-curricular' activity.
Undoubtedly, there are examples of madrassa graduates who have excelled in mainstream society. Yet, there are many legitimate reasons to question the role of a religiously inspired educational establishment within a secular state.
For starters, Singapore's English educated labour force is arguably one of the country's core competitive strengths. Singapore continues to move up the economic value chain based largely on the quality of its human capital.
Is it just for society to deny one segment of Singaporean students' access to the country's conventional educational system from a young age, perhaps because the child's parents believe they are fulfilling a religious obligation? I think not.
Certainly, a fine balance between individual liberties and state responsibility must be struck. However, validating religious education, Islamic or otherwise, within a secular, multi-ethnic society is not the best solution. The MOE must continue to tighten its grip on Singapore's religious educational establishments in the coming years.
Other than in higher education, it is hard to justify the existence of full time religious schools in contemporary, theoretically secular, Singapore.
Posted by Imran Ahmed at 21:08 2 comments:

China's emergence as a global actor on the world's stage has become conventional wisdom. The evidence supporting the notion is overwhelming.
The People's Bank of China, China's central bank, moves global financial markets with interest rate moves. Chinese finance ministry officials roil foreign currency markets with statements on China's foreign exchange reserve management policies. US and Japanese defense officials fret about the Chinese military threat to disputed Pacific islands. India worries about China's 'string of pearls' naval strategy. ﻿﻿﻿﻿
Like any successful nation state, China is not satisfied stagnating at the lower end of the production spectrum. Making textiles or footwear is not enough to move up in the world. Vietnam and Bangladesh can make such crude products too.
Pick up almost any manufactured item today and it's a good bet that somewhere there will be a sticker proclaiming, 'Made in China.' Consumers owe the Chinese a debt of gratitude for transforming luxury items, e.g. electronics, into affordable basics of everyday life.
China may be the factory of the world, a deflationary force in global economics, but there is more to China's than merely economics. In fact, it is the less noticeable aspects of the country's advance which has the established powers, especially the US, deeply concerned.
Take the supercomputer, that seminal symbol of modern technology.
As of October 2010, China operates the fastest supercomputer in the world. Located at the National Supercomputing Center in Tianjin, the 'Milky Way Number One' supercomputer is a supercomputer capable of an Rmax of 2.566 petaFLOPS or over 2½ quadrillion floating point operations per second (whatever that means!).
American spooks at the National Security Agency and the Central Intelligence Agency must be scrambling to evaluate the implications of the Milky Way within the global intelligence galaxy.
The Chinese are not stopping at supercomputers. The apogee of contemporary military technology, the unmanned aerial vehicle or drone, is part of China's military arsenal.
"The 'Dark Sword' [drone] is an unmanned combat air vehicle (UCAV) concept which was displayed as a model at the 2006 Zhuhai air show. It is obviously designed for high manoeuvrability at supersonic speeds ... a staff member called the aircraft the "future of Chinese unmanned combat aviation", emphasizing its projected ability to evade enemy radar and to engage in air-to-air combat." (Source: Real Military Network website.
Surely, China still operates like the Japan of yesteryear. The country copies foreign technologies until it has reached a sustainable technological base of its own. That day is not far away.
The first quantitative sign of China's indigenous collective brainpower came in 2007. 2007 was the year China overtook Germany in the number of new patent applications. A year later in 2008, the number of doctorates (PhDs) produced by Chinese universities exceeded that of the US. Undoubtedly, the quality of many Chinese PhDs may not yet be globally competitive but that too is changing.
One can only expect both numbers to rise in the coming years.
In the late 1960s, Pakistan's late President Ayub Khan wrote a political autobiography describing Pakistan's (client state) relationship with the United States titled 'Friends not Masters.' In 2010, with China being the largest owner of US government debt, it might be time for US treasury secretary Geithner to consider writing a sequel focusing on the Sino-US relationship, i.e. Friends not Masters (Part II).
Posted by Imran Ahmed at 17:05 No comments:

Eid al Mubarik and the Festival of the Egg

Cultural ethnocentricity takes many forms. We all have it embedded within us.
Readers of my blog realize that much of my writing about Pakistan glosses over the country's very real problems. Instead my 'Pakistan Centric' writings focus on the country's under reported positives.
At times, cultural ethnocentricity borders on arrogance and even intolerance. Maybe I am just too sensitive about some things – including my name.
Undoubtedly, Imran is a Muslim name which is found extensively in the Koran. The Koran's third sura (chapter) is called titled, "The Family of Imran." According to the Koran, Imran was the name of the Virgin Mary's father – a woodcutter by profession. 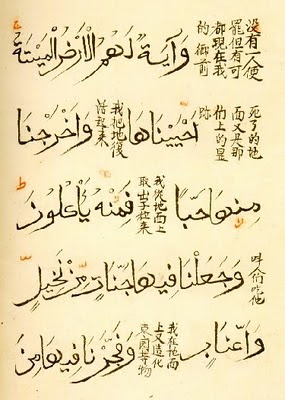 A Chinese translation of a portion of the Koran
Imran's origins aside, a recent incident in the Gulf still disappointed me.
I arrived for a meeting and gave my particulars to the Arab receptionist. "Ah, Omran," she said. I smiled and repeated, "No, Imran." "We say Omran," and called my contact and pointedly said, "I have an Omran here for you." All the while looking at me with eyes suggesting 'Imran's an Arab name and learn how to write and pronounce it properly.'
As I have said before, if there is one thing I have a firm copyright on it is my name. I write, pronounce and use it the way I like. I do not need to justify its spelling or pronunciation to anyone.
No particular group holds a monopoly on my name, or indeed any name.
Tell a Jacob his name is Yacoob, or a Moses he is Musa; tell a Turk that Sultan Ahmet mosque (the Blue Mosque) ought to be renamed Sultan Ahmed mosque. The list is endless.
There are many tell tale signs of individuals not paying attention to small details.
Receiving Arabic language newspapers at a hotel each morning because hotel staff assumes I am proficient in Arabic because I have an Arab name. Similarly, obtaining notifications in Malay from MUIS or other Malay organizations because a Singaporean Muslim is assumed to be proficient in Malay also resonates of a mono-cultural view of the world.
Not surprisingly, journalists make similar mistakes. A few days ago a CNBC newscaster reporting from Dubai repeatedly referred to the Muslim festival of 'Eid al Mubarik.'
Yes, as Muslims we describe Easter as the Festival of the Egg! Am I asking too much for reporters to do some homework before reporting to a global audience?
In the real world, it's the little things that give us away. Everyone can get the really big stuff right – the tiny stuff requires serious effort.
Posted by Imran Ahmed at 12:40 No comments:

Dubai: the tale of the Ferrari and the Metro

Having spent the last few days circulating in Dubai, I am more convinced than ever the city continues on its path towards becoming a global metropolis. Surely, the fat from the boom days has been sliced, almost to the bone.
Today, Dubai's skeleton is visible and the skeleton looks pretty solid. That is good news not just for Dubai's debt holders but for the entire region.
For good or bad, Dubai had come to symbolize the Gulf region. When Dubai's name became synonymous with excess, the city's development model came into question. 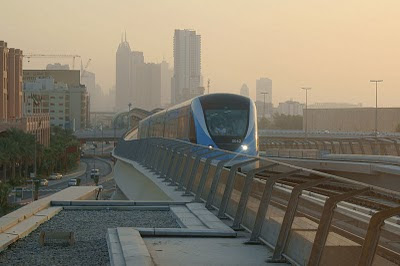 Dubai's trappings as a global city are in place. The sight of overhead metro trains running parallel to the city's main thoroughfares adds to the public transport piece of the puzzle.
After many years of persistence, even the Dubai International Financial Center (DIFC) is showing signs of life. The DIFC is no Canary Wharf or even Raffles Place but undoubtedly a financial cluster has emerged.
Size, unfortunately, remains a systemic weakness for the Gulf Cooperation Council (GCC) nations of Bahrain, Kuwait, Oman, Qatar, Saudi Arabia and the United Arab Emirates (UAE). Hence, the DIFC's modest buzz around cafes and bars is symptomatic of the region's size.
Dubai's role as a regional hub has only been underscored by the recent air cargo security scare. That the packages flowed through Dubai towards their final destination seems as natural a combination as wine and cheese.
Yes, many who sneered at some of the city's more outrageous grandiose schemes have been proven right. There is little talk of having the biggest and best of everything. The talk now centers on the federation and closer cooperation especially with their partners on the other side of Sheikh Zayed Road: Abu Dhabi. 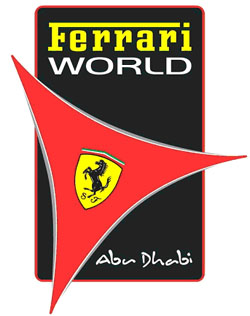 So, while I do not believe the Dubai has any plans to extend its new metro system to Abu Dhabi. Abu Dhabi is not too worried. Abu Dhabi is doing just fine focusing on Ferrari theme parks.
Posted by Imran Ahmed at 15:04 No comments: