My letter about eating and drinking on Singapore's trains, published in the Straits Times Forum on July 16, elicited a response from SMRT.
In their response, SMRT did not directly address the idea of a 'hotline' for reporting violations. However, SMRT confirmed my suspicions that activating the emergency communication button for food violations is inappropriate.
SMRT's response was published in the Straits Times Forum on July 25, 2011 and is quoted below in its entirety.
Jul 25, 2011
Report food or drink violations to SMRT staff
WE THANK Mr Imran Ahmed for his feedback ('Disrupting the train journey for a food or drink violation is inappropriate'; July 16).
The best course of action if you spot someone eating or drinking in the MRT is to report the violation to our station staff. This will allow them to inform our staff at the next station to take immediate action against the offender.
The emergency communication button is for commuters to report security- and safety-related incidents. Activating the button will cause delays to train services, and it should not be misused.
Bernadette Low
Senior Manager, Corporate Marketing and Communications
SMRT Corporation
Posted by Imran Ahmed at 09:34 No comments:

Recent tragic events in Norway remind the world that terrorism comes in many shapes and forms, including blond and blue eyed Viking males. Islam has no monopoly on religiously inspired violence. ﻿
As events first started to unfold, most people will have automatically assumed the Oslo bombing was the handiwork of some Al-Qaeeda inspired Islamic group. Mainstream media outlets started publishing articles explaining why Norway was a target for Islamic extremists – NATO member, troops in Afghanistan, etc.
The internet's underworld immediately filled with derogatory comments about Muslims and Islam; comments which would certainly be considered anti-Semitic and land one in court if they were written about Jews.
There is no point suggesting the world's media plays upon general prejudices. It does. There are no headlines when three 'true blue' Europeans are convicted by a Swiss court for attempting to bomb an IBM technology centre in Switzerland.
Right wing European anarchist terrorism takes lives differently from say three Frenchmen of Algerian origin arrested for suspicion of terrorism, based simply on media coverage.
Undoubtedly, Islam has a problem with extremism. However, neither Jamal Zougam in Madrid nor Anders Breivik in Norway operated in a vacuum. Both individuals were products of mistaken intellectual exercises in religious philosophy, i.e. individuals who succumbed to abhorrent interpretations of Islamic and Christian beliefs.
The battle for the future of civilization is being fought not in the mountains of Afghanistan but on ideas fermenting on the internet. The popularity of Anders Breivik's 1,500 page anti-Islam 'Crusade' manifesto might indicate the extent to which the Christian 'Taliban' has made inroads into mainstream Western democracies.
Right wing Christian hatred is as lethal as any fiery sermon by radical Al-Qaeeda inspired clerics. Moreover, such hate mongering only feeds the malicious cycle of loathing between segments of the Western and Islamic worlds.
The ideological basis on which radicals commit to their cause, Christian or Muslim, must be addressed. Force is merely one (necessary) tool to counter extremist ideas. However, force used without simultaneous refutations of misconceived ideologies will fail to capture the 'wavering mainstream.'
Christian terrorism in Norway will initiate further introspection in Europe about the continent's immigration and multiculturalism policies. However, maybe Breivik's actions will also provoke a debate about the underlying causes of political violence and the environment which encourages such violence.
Posted by Imran Ahmed at 12:38 No comments:

Singapore's public transport infrastructure comes under increased pressure with each additional body moving onto the island. This fact was not lost on Singaporeans voting in the 2011 general elections. Voters expressed their discontent at being treated like sardines on Singapore's packed buses and trains.
A few months into the new government's term and public transport is back in the news. Train and bus operators have applied to the authorities for a fare increase. As a counterproposal, the opposition Workers' Party (WP) has proposed a National Transport Corporation to "oversee and provide universal transport service to all."

In effect, the WP has called for a 'nationalization' of Singapore's public transport infrastructure, arguing such a move will increase efficiencies and reduce costs. The regulator promised that an 'affordability factor' will be considered prior to granting any fare increase.
Public transport, by definition, is a public good. Therefore, a balance between profit and the general public interest is necessary.
Keeping a city's transport infrastructure comfortable is not cheap. Large investments are required to maintain and grow Singapore's train and bus infrastructure. Such a quantum of funds will not be available to an unprofitable corporation. Nor should taxpayer money be used to pay for future growth of the system.
Public sector corporations, virtually without exception, are poorly managed. There are few examples of public sector corporations maintaining efficiency and profitability, especially over an extended period of time. On the contrary, public sector corporations have a near perfect track record of reducing services and increasing costs.
Historically, Singapore's hybrid 'public-private' model for SMRT has proved itself to be a workable model.  The government effectively controls SMRT through Temasek's majority stake in the company.
In effect, SMRT is already a public sector corporation. There is no need for full scale nationalization. However, by keeping SMRT a publicly listed corporation with some accountability to minority shareholders, the government ensures a higher level of efficiency than that normally associated with state owned enterprises. 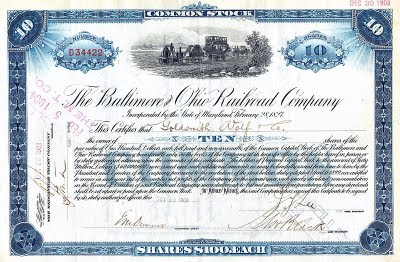 In fact, the more important question for Singaporeans pertains to the distribution of excess returns from Temasek, which received a regular handsome dividend from SMRT. Temasek is a custodian of public money and, using a judicious methodology, the public should reap rewards from Temasek's long term investments which include Singapore Press Holdings, SMRT, etc.*
A populist policy approach to national issues may temporarily win WP votes but will do little to secure Singapore's long term interests. Instead, the WP is better advised to focus on improving transparency surrounding the use (and distribution) of public money by Singapore's several wealth funds.
* Please see my letters published in the Straits Times about Temasek Bonus Shares and Temasek's Board of Directors.

Imran is a business and management consultant. Through his work at Deodar Advisors, Imran improves the profitability of small and medium sized businesses. He can be reached at imran@deodaradvisors.com .
Posted by Imran Ahmed at 17:44 No comments:

Lately, incidents of eating and drinking on Singapore's MRT system have increased dramatically. Often, even after being confronted about their inconsiderate behaviour by other commuters, individuals remain unmoved and continue eating or drinking.
After a similar incident, I enquired from MRT ground staff if there was a telephone number for commuters to inform MRT staff about such infringements. There is no such number. It was suggested that in the future I activate a train's emergency button and allow ground staff to address the violation at the next station.
I remain unconvinced that disrupting the train journey of several hundred passengers for a food or drink violation is appropriate. Instead, I suggest SMRT should evaluate establishing a telephone 'hotline' on which commuters may lodge complaints in real time about rule breakers. Inspectors may then board the train at the next station and fine any culprits without disrupting normal train services.
SMRT must implement a zero tolerance policy towards eating and drinking on trains. Setting up mechanisms to make it easier to enforce existing policies will benefit all regular train travellers.
Posted by Imran Ahmed at 15:10 No comments:

Singapore’s round trip: third world to first world and back to third?

Is it just me or has the incidence of crime increased in Singapore? Everyone, including myself, writes about litter on the streets, bicycles on pavements but more serious crimes get short shrift. (Let's not kid ourselves, littering and riding bicycles on pavements are also crimes. At one time, it seems the government even enforced fines against such 'minor' crimes.)
Singapore in 2004 hardly had any murders or similar violent crime, or at least they were not reported. That was the Singapore I expected upon my return in 2009.
Instead, I returned to a Singapore with casinos, sleaze and, most recently, one dead body a week floating in the Singapore River. If there is no corpse in the river then step two is checking communal water tanks. Arguably, one reason for the apparent increase in crime is due to a bolder media which reports each occurrence.
Oh and in case I forget, flabby middle aged men parading around in wet underwear at Singapore Zoo is also acceptable in Singapore 2011. Surely, when a virtually naked man appears in a public space someone must have the courage to confront him. Writing letters to the Forum or posting videos on Stomp helps but instant action is often better.
I worry that Singapore's social fabric is deteriorating in other ways. Consider the amount of individuals apprehended while attempting to bribe government officials. A man caught up in a raid on seedy hotels offers a policeman cash to have his name removed from a list of names; a woman confronted for not paying her son's train fare wants to leave a 'deposit' with an SMRT officer when threatened with police action. Numerous examples abound.
Attempted bribery is not bribery – at least not yet. Further, one murder a week does not make Singapore the murder capital of the world. That accolade still rests with the likes of Washington, D.C. or New Orleans.
It is impossible to turn the clock back. Nor does one wish to return to the past. However, Singaporeans must be conscious of society's direction. A little bit of vocal aggression against petty violators, e.g. litter bugs, people eating on trains, not giving up seats for the elderly, etc. might be just the medicine to reverse the decline.
Societies change over time. The People's Republic of China was not always a capitalist society; Germany was divided into two nations and Singapore was a Third World country. For change not to be damaging or regressive, it must be controlled.

Imran is a business and management consultant. Through his work at Deodar Advisors, Imran improves the profitability of small and medium sized businesses. He can be reached at imran@deodaradvisors.com .
Posted by Imran Ahmed at 17:40 2 comments: