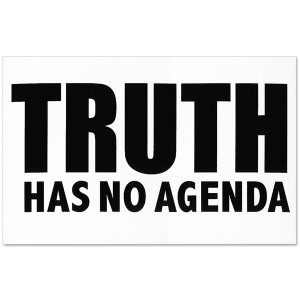 A segment of the courier industry fails in its communications methods with clients, at least if my two recent experiences with the industry are any indication. (Ironic, especially given that couriers are an important link in the communications network for businesses.)
In both experiences, I enquired about the late delivery of the packages I was expecting. Both companies responded by stating they had 'attempted delivery' but failed. I don't know about you, but 'attempted delivery' to me suggests someone came to my door, rang the bell and left after they found no one home.
Surprisingly, upon further probing, I was informed that 'attempted delivery' does not signify someone came to your office or home and tried to deliver the document. It just means the package was with the delivery man in his vehicle but due to 'driver overload' the driver never made it physically to the delivery address.
Incidentally, 'attempted delivery' is also the language used by the companies' online tracking systems. In other words, by tracking the progress of my package on the firm's online tracking system I might even feel guilty for having missed the nice delivery man who came to my door at a precisely stated date and time (yes, such details are available on the online system!).


Baloney! The courier companies are simply using euphemisms to convey a misleading message to clients. 'Driver overload – deliver aborted' may be a better phrase to use for such cases.
In many circumstances, sugar coating bad news to make it more palatable is a legitimate communications strategy. However, using misleading language with an implicit (or explicit) to hoodwink customers is not appropriate in any situation.
Clients deserve the truth. The truth is not just good ethics but good business. Treat customers with respect and they will accept occasional failures. Treat them otherwise and they will not remain customers for long.
__________________


Imran is a business and management consultant. Through his work at Deodar Advisors, Imran improves the profitability of businesses operating in Singapore and the region. He can be reached at imran@deodaradvisors.com.
Posted by Imran Ahmed at 17:16 No comments:

Bloggers have it easy. Bloggers can stir up a mess without really getting all the facts correct. Often, bloggers provide only that data which supports arguments put forth. Conflicting data can be ignored or, at worst, misrepresented.


Moreover, readers typically only read ideas which are supportive of existing beliefs. Few readers have the academic courage to regularly read ideas contrary to their personal beliefs. Thus, bloggers 'preach to the converted,' often without much substance.


Few blog posts receive 'academic' scrutiny. Nor should they for they are not academic papers but blog posts.


I take advantage of my 'bloggers license' regularly. ('Bloggers license' is as empowering and useful as 'poetic license!') However, most good blog posts contain the germs of ideas which, if adequately researched, contain more than a kernel of truth. In this context, good posts are not intended to mislead but, more likely, to question existing paradigms.


On the contrary, there are many in the blogosphere who are 'one trick ponies.' Such bloggers propagate the same idea almost like a broken record. The opinions may vary but the level of intellect at display seldom does. For some, foreign talent is to blame for everything. For others, the government is always at fault. On more global sites, broader themes including China versus the US, Islam versus the US, etc. are commonplace. 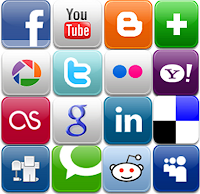 In light of irresponsible, often criminally irresponsible, commentary it is with some justification that Singapore's authorities suggest Singapore's social media requires tighter controls. However, an 'authoritative' top down approach misses the critical fact that much of Singapore's 'anonymous' cyber world radicalism is in large part due to the limited size and nature of the domestic mainstream media.


For the most part, Singapore's media is owned and controlled by the government. Most independent observers believe there is self-regulation taking place within the media. If US diplomatic cables released by Wikileaks are to be believed, Singapore's print media is more akin to the former Soviet Union's Pravda or Izvestia than an open forum for debate.


Singapore may pride itself on having outpaced Malaysia in most things. Ironically, in the media space Singapore has much to learn from its Northern neighbour. It is not just online websites like Malaysiakini but also the proliferation of other print media news sources which give Malaysia an edge in fostering open debate on important national issues.


Multiple points of view are freely accessible – from the regulated mainstream media sector. Consequently, the 'unregulated' sector tends to either 'self-correct' to maintain credibility – or it becomes irrelevant and fades away over time.


Imran is a business and management consultant. Through his work at Deodar Advisors, Imran improves the profitability of businesses operating in Singapore and the region. He can be reached at imran@deodaradvisors.com.
Posted by Imran Ahmed at 18:40 No comments:

It’s true: the tail does wag the dog (and Greece really does run Europe)!

Remember the 1997 movie "Wag the Dog" starring Robert de Niro and Dustin Hoffman? Well, I don't remember the story exactly but the idiom of the 'tail wagging the dog' really does have a lot of truth behind it. As, I guess do many such sarcasms.


Take the European debt crisis. At the heart of the Euro zone dent crisis is the powerful nation of Greece.


Well, most of us don't actually think of Greece in terms of power. Although they do have an air force that stages 'mock dogfights' with Turkish fighter jets from time to time. However, I somehow doubt Greek jets do much of that these days as jet fuel might just be in short supply due to budgetary reasons – unless the Germans can send across a few tankers full now and again! 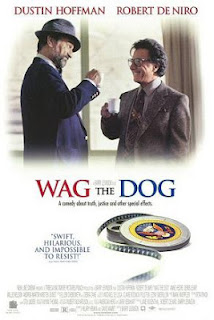 Greece: the home of olive oil and democracy; the proverbial birthplace of democracy; the origin of western philosophical traditions. But did anyone realize that Greece is also a financial powerhouse.


The Greek economy is less than one tenth the size of Germany's economy. Include two of Europe's other larger economies (France and the UK) and Greece's economy is about 3.5 percent of their combined total. In other words, France, Germany and the UK together are about thirty times as big as Greece.


Yet, somehow Europe's financial condition hinges on how vehemently Greeks shout about the latest austerity package. No wait, let me correct myself. It's actually the global economy which skips a heartbeat each time something happens in Athens.


Even the world's financial behemoths like the US, Japan and China watch Greek monthly tax collection data. (Is Japan still a 'behemoth' and has China joined the club of economic 'behemoths?' It's my word against yours, I guess.)


But it's not just the European debt crisis. Numbers also just don't make sense to me as far as Islam's extremist fringe is concerned.


According to a 2010 study by Pew Research, there are approximately 1.6 billion Muslims in the world today. It is hard for me to believe that more than a few percent of Islam's adherents are extreme – at least to the extent that their entire purpose in life is to kill non-Muslims and impose Islamic law on the entire world. Like most other humans, most Muslims probably just want a better life for themselves and their kids – in this world. Granted, I have no hard statistics but I am sure I can find some if I 'data mine' hard enough.


Yet, as a Muslim, there is no getting away from the idea that the religion Islam is somehow to blame for an extremist periphery nurtured on hatred and ignorance.


Surely, Islam's extremists cannot number 500 million people or one third of the world's Muslims? And if they do number 500 million, well, that would put Islam on par with a 'civilized European' country such as France where the extreme right wing presidential candidate recently obtained about 30 percent of votes in the first round.


Can we start calling these Gaulic right wingers the French Taliban? Just to help put things in perspective.


Look around the world and it's clear, hard power is meaningless in the face of reality. Reality conforms to mass perceptions.


The real tussle for power lies in the minds of ordinary people. That notion also helps explains the disproportionate importance of the media in disseminating power.


I am not sure but I think there might just be one more example of the tail wagging the dog: the Singapore government's persistent worrying about social media sites. These 'amateur' sites touch a miniscule segment of the country's  population compared to the government owned print and broadcast media.


Imran is a business and management consultant. Through his work at Deodar Advisors, Imran improves the profitability of businesses operating in Singapore and the region. He can be reached at imran@deodaradvisors.com.
Posted by Imran Ahmed at 19:24 No comments:

During live performances, great blues musicians improvise with their instruments routinely. A three minute song easily stretches to ten minutes or more simply because a musician 'speaks' his emotions through his guitar. The musician himself is in a virtual trance during the entire performance.


Much like a blues performance, the Pakistani tradition of devotional song called the Qawwali thrives on improvisation. However, in the case of Qawwali there are no guitars and the impromptu music is provided by the human voice. It is the voice which moves up and down the musical scale. Vocalists, not instruments, play with each other.


To be sure, the singing voice is supported by the tabla and harmoniums. Additionally, the music is underpinned by religious lyrics often written about Sufi saints or Pirs. In fact, the music's intention is to induce a mental state amenable to contemplating the greatness and beauty of God.


Many Sufi orders believe that the existence of God can be confirmed through 'out of worldly' religious experiences.
Singapore got a taste of good Qawwali music this last weekend. Faiz Ali Faiz (not to be mistaken with Pakistani poet Faiz Ahmed Faiz) gave a rousing two hour performance at the Esplanade. Despite the apparent lack of familiarity with the language or the musical form, the audience appreciated the versatility and beauty of the human voice; the playful to and fro between Faiz Ali Faiz and his entourage.


For Singapore's Pakistani community it is a frustrating reality that cultural exchanges between Pakistan and Singapore do not occur more regularly. The odd art exhibit or concert once a year does not do justice either to Pakistan or relations between the two nations.


There is a reasonable population of Pakistanis in Singapore – certainly enough to fill up concert halls. Perhaps the problem lies with the Pakistani community not actively encouraging such links. Maybe the fact that Pakistan is overshadowed (at least in 'official' circles) by its more powerful neighbour, India, has something to do with the current state of affairs?


Most likely, it is a combination of neglect, malaise and India's natural linkages with Singapore. Nevertheless, the Faiz concert was an opportunity to celebrate Pakistan in Singapore – even if most Singaporeans cannot distinguish between Pakistan and India.


I enjoyed it thoroughly and look forward to more Pakistani artists visiting Singapore.


Imran is a business and management consultant. Through his work at Deodar Advisors, Imran improves the profitability of businesses operating in Singapore and the region. He can be reached at imran@deodaradvisors.com.
Posted by Imran Ahmed at 11:40 No comments: