One significant factor in Singapore's economic growth of the last few decades has been quantity: a much larger quantity of people. Singapore's population grew by approximately two million during the last two decades.
Adding two million consumers, or a growth rate of approximately 67 percent over Singapore's 1990 population of three million, is a powerful driver of growth.
Singapore's new residents did all the things that residents do. They paid rent, bought from local shops and used the entire host of goods and services that ordinary people do in an ordinary life. In the process, government coffers filled up with taxes, including through the (regressive) Goods and Services Tax (GST).
Until recently most, if not all, Singaporeans benefitted from the influx.
A few years ago things started to go awry. Some sort of a tipping point was reached. Singapore's normally immaculate infrastructure started to show signs of age.
Perhaps it began with the collapse of Nicholl Highway. However, most observers shrugged off the tunnel collapse as a onetime event. ﻿
﻿﻿Then Orchard Road began flooding ... regularly. And Singapore's public transport system began to creak and groan under the weight of human traffic. Litter, conspicuously absent until this century, started appearing. Bicycles came to dominate footpaths. In some neighborhoods walking became a dangerous pastime. Loan sharking became an epidemic. Murdered dead bodies were not front page news anymore.
Suddenly, rising property prices were no longer a 'feel good' factor for increasing spending and wealth. Property affordability moved out of reach from the average Singaporean.
FT no longer stood for 'foreign talent' but for 'foreign trash' instead. For most Singaporeans, littering, crime and various other social ills ultimately found their origin with the influx of foreigners.
The ruling People's Action Party (PAP) finally realized that convincing Singaporeans' about the importance of foreign talent was not doing the PAP vote bank any favors. Consequently, popular discontent was reflected not only by netizens but also by voters in Singapore's presidential and general elections.
Slightly late, the PAP decided to change gears on its immigration policy. At the same time, Singapore's double digit economic growth rates vanished due to the global financial crisis which began in 2008.
Undoubtedly, Singapore's traditional social contract 'give me economic growth and I will ask no questions' is in transition. What should come next for this young and successful city-state is debatable.
However, Singapore's historical singular focus on GDP growth rates and other quantitative analytical tools to manage the island must be balanced with a qualitative, judgemental approach. The debate is particularly pressing as Ministry of Manpower recently revealed that pay levels of Singapore's low wage earners stagnated during the last decade.
Singapore's transition to a developed state is virtually complete. Modern Singapore's problems reflect the country's newly found developed status. The challenges now relate to 'quality of life' issues and constructing a sensible social safety net.
__________________
Imran is a business and management consultant. Through his work at Deodar Advisors, Imran improves the profitability of small and medium sized businesses. He can be reached at imran@deodaradvisors.com.
Posted by Imran Ahmed at 09:31 2 comments:

Malaysia's proposal to repeal the Internal Security Act (ISA) has obvious repercussions for Singapore. Many Singaporean social activists and opposition workers have jumped on the 'repeal ISA' bandwagon. Former ISA detainees and their family members will surely make cogent arguments for the ISA's repeal. 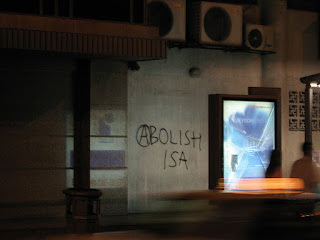 Undoubtedly, the ISA is draconian in nature. The legislation provides the government with a reasonably free hand in attending to 'national security' threats. Nevertheless, despite the desirability of repealing Singapore's ISA, there are several reasons for Singapore's opposition politicians to focus on other areas for reform, specifically financial transparency.
Singapore society is more open today than during the 1980s and 1990s. In today's Singapore, it is difficult for the ruling People's Action Party (PAP) to use the ISA in a heavy handed manner against opposition politicians. The ISA is much too blunt an instrument for today's complex society. Unjustifiable unilaterally action will certainly evoke a sharp response from Singaporeans.
Surely, Singapore's government controls virtually the entire local media, print and broadcast. However, media accountability has increased with the proliferation of alternative news sites. In many instances, the expression of discontent on contentious issues through nonmainstream media, including public transport and immigration policies, have forced policy makers to revisit unpopular policies.
Moreover, Singaporeans themselves have changed. The nanny state is slowly fading into history. The Singapore voter cannot be taken for granted any more. While the People's Action Party (PAP) may not be in danger of losing the next general elections, the PAP's critical two thirds majority may be at stake. In such a charged environment, jailing opposition leaders for all but the gravest of reasons will most certainly be counterproductive for PAP's vote bank.
However, the most obvious reason for the opposition to focus on issues of financial transparency over repealing the ISA is utilitarian.
Most Singaporeans are least concerned by the ISA. The ISA does not touch the lives of ordinary citizens. Average Singaporeans are more anxious about 'bread and butter' issues. Thus, if one interpretation of democracy is 'the greatest good for the greatest number,' then concentrating on financial transparency will be the wiser choice.
Many Singaporeans will relate to an opposition shining the spotlight on Temasek Holdings and Government of Singapore Investment Corporation (GIC). Evolving more transparent rules for utilizing national wealth managed by Temasek and GIC will strike a chord with many.
The government will be foolhardy to use the ISA for short term political gains in contemporary Singapore. Likewise, only a misguided opposition will turn the ISA into a bogeyman 'us versus them' issue with the government. Instead, Singapore's opposition is better advised to raise its voice to encourage greater transparency in the use of Singapore's national wealth. Given a weak and divided opposition, opponents of the PAP must draw their battle lines carefully.
__________________
Imran is a business and management consultant. Through his work at Deodar Advisors, Imran improves the profitability of small and medium sized businesses. He can be reached at imran@deodaradvisors.com.
Posted by Imran Ahmed at 21:32 No comments:

For many women in parts of the Islamic world time travel is a daily affair. Beyond the confines of their own home, women remain non-entities with limited legal status. Outside their house, these women find themselves back in the nineteenth century. 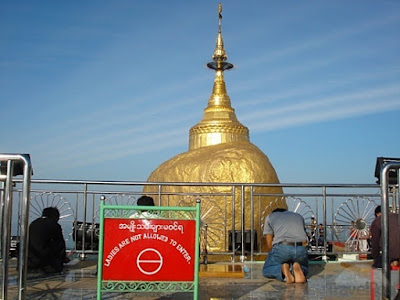 ﻿I am not referring to social discrimination against women. Unfortunately, much of the discrimination is state sanctioned and enforced by law courts. Take the case of a Saudi Arabian woman sentenced to ten lashes for driving in the Kingdom of Saudi Arabia.
Taliban style edicts prohibit Saudi women from working alongside men, driving or travelling without permission from a male guardian. To be sure, the King pardoned the Saudi woman driver but consider the implications for a society in which women are denied basic fundamental rights such as freedom of movement and association. There are no school runs by mothers, no gainful employment opportunities for women (barring a few vocations such as doctors, teachers, etc.), simply sitting at home idling away time cooking and cleaning.
Normally, I prefer not to make judgements about how foreign societies order themselves. A society may divide occupations through a hereditary caste system, ban the construction of minarets or legalize marijuana based on its own specific cultural context.
However, the Saudi situation is different. Theoretically, all Saudi legal edicts are based upon Islamic law. Consequently, the presumption is that all Muslim women, irrespective of location, should not be permitted to drive. Or work alongside men. Or travel alone without being accompanied by a male guardian.
Saudi Arabia, due to the location of the holy cities of Mecca and Medina in the country, is special for many Muslims. It is no coincidence that the Saudi Monarch refers to himself as the Custodian of the Two Holy Mosques. Events in Saudi Arabia influence conservative Islamic thought across the entire Islamic world. Militant ideologues from Pakistan to Morocco seek moral authority from Saudi decrees and behaviour.
Islamic law is not a static concept. Islamic law is dynamic. It caters to evolving societies. Societies are living creatures, always progressing and evolving. Perhaps there were historical reasons for such strictures on women in the eight century. Perhaps these ideas came into being to protect women.
Whatever the reason, such thinking is obsolete in contemporary societies, Muslim or not.
Genuine social reform in Saudi Arabia, especially pertaining to the rights of women, will provide an enormous boost to Islamic progress. Muslim women will shed a millstone from around their neck. Even amongst the Gulf Arab nations, Saudi Arabia's system is anachronistic. Neighbouring Arab countries like the United Arab Emirates and Oman boast female cabinet ministers and more complete rights for women.
The King's recent announcement permitting women to participate and vote in the country's next municipal elections is encouraging. Any progress is good. At this rate, the entire Islamic world will have joined the twenty-first century by 2215!
__________________
Imran is a business and management consultant. Through his work at Deodar Advisors, Imran improves the profitability of small and medium sized businesses. He can be reached at imran@deodaradvisors.com.
Posted by Imran Ahmed at 10:11 No comments: