Pakistan's other Imran and its chattering classes

Since the advent of Zardari's Pakistan People's Party (PPP) led government in 2008, governance in Pakistan has all but disappeared. Some may refer to the deterioration as 'creative chaos' but in reality the decline is simply a manifestation of an incompetent government with a corrupt leadership comprising of politicians who have no desire to address any national issues. Their only wish being to retain the privileges of power. 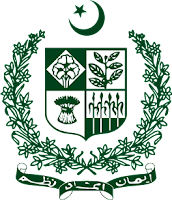 
After spending years in the political wilderness, Khan's party the Tehreek Insaf (PTI) is knocking on the doors of Pakistan's political mainstream. For a politician who has yet to win an elections in his own parliamentary constituency, the PTI's progress is no small achievement.
The ordinary Pakistani voters' disillusionment with the country's two main established political parties, the PPP and Nawaz Sharif's Pakistan Muslim League-N, is a major contributing factor to the PTI's popularity.
A vote for PTI is a protest vote. A desperate electorate's plea for help. An electorate repeatedly abandoned and deceived by established politicians. Significantly, Pakistan's protest voters have not turned to Islamic parties, primarily because the orthodox religious establishment is a pillar for the existing decayed political structure.
Khan's success with the PTI bodes well for the future of Pakistani politics.
The party has not shied away from public discussion about difficult political or economic issues. Consequently, not only has public awareness about important national issues increased but, most importantly, the standards for policy debate have improved. Pakistan's vibrant television media - always looking for the next sensational news item - has latched onto the PTI's agenda as a tool to take the establishment to task.
Moreover, the PTI has struck a chord with Pakistan's normally apathetic youth. Suddenly, politics is no longer a dirty and dangerous pastime, but a national obligation. The PTI's 'tsunami' of change is predicated upon politicizing large numbers of young voters.
The PTI has also galvanized educated professionals into action. Many professionals, alarmed at the prospect of retiring in a 'Failed State,' have moved beyond heated debate during whiskey drinking sessions and entered the political arena. Whether such 'technocrats' are merely PR 'talking heads' or they will exercise significant policy making influence within the party remains to be seen.
To most Pakistanis, Imran Khan is a cricketer who also built the Shaukat Khanum Memorial Cancer Hospital and Research Centre. Khan was a playboy who turned into a pseudo-mullah, an anglophile become 'desi.' For Pakistani voters, the PTI may be a naive, confused political party but it does hold out hope for positive change for a people who deserve better than criminals and gangsters walking the corridors of power.
__________________
Imran is a business and management consultant. Through his work at Deodar Advisors and the Deodar Diagnostic, Imran improves profits of businesses operating in Singapore and the region. He can be reached at imran@deodaradvisors.com.
Posted by Imran Ahmed at 21:46 No comments:

The Olympics are about national pride. Nations often go to extreme lengths to win even a few medals. Consider the use of foreign born 'imported' talent by smaller nations such as Singapore.


To be sure, Olympics 2012 have highlighted China's emergence as a sports powerhouse. Given the People's Republic's enormous population and increasing wealth, China's success in London should not surprise many. On the contrary, Iran's performance at the 2012 Olympic games caught my eye.

With one more day of medals left, Iran's twelve Olympic medals outpace other large Muslim nations such as Turkey's five, Indonesia's two or Pakistan's zero. Iran's medal haul includes four gold and five silver medals. Among countries with large Muslim populations only Kazakhstan, with six gold medals, obtained more gold medals than Iran.
There is more to the Olympic medals table than meets the eye.
Looking at the total tally of medals by the top sporting nations, one gets the impression that the list reflects a slightly imperfect pecking order amongst the world's rich and powerful. A kind of 'A List' or 'Who's Who' for the world's umpteen nations. Note that the top five medal winning nations are the United States, China, Britain, Russia and Germany - only Germany is not a permanent member of the United Nations Security Council.
The absence of Muslim countries from even coming near the top of the Olympics 2012 medals table demonstrates the weakness of the Islamic world's social infrastructure. From this perspective, Iran represents the Islamic world's strengths and weaknesses.
That Iran scored a reasonable tally of medals demonstrates the resilience of its national institutions in the face of international isolation. However, most of Iran's medals were obtained in wrestling and weightlifting reflecting concentrated expertise and primarily with male athletes.  The pitiful number of female athletes is telling.
Undoubtedly, a nation which competes for only half the medals on offer, i.e. the men's events, has an uphill struggle to reaching a decent medals count. Additionally, nations which do not field contingents that contest across a wide range of sports are also at a severe disadvantage. Concentration risk affects nations as much as it does businesses.
The Olympics are a truly global event. The occasion surpasses racial, religious and, at times, even national barriers. In spite of this, the success of such an international event requires raising the banner of nationalistic patriotism. A country's pride is at stake. In the 2012 Olympics, the Islamic world was unable to meet the collective aspirations of its varied population. The failure underscores the Islamic world's broader issues of poor governance, internal strife and lack of female empowerment. If these basic issues are addressed then most nations may likely forgive governments for the lack of a medals count at Rio 2016.
__________________
Imran is a business and management consultant. Through his work at Deodar Advisors and the Deodar Diagnostic, Imran improves profits of businesses operating in Singapore and the region. He can be reached at imran@deodaradvisors.com.
Posted by Imran Ahmed at 19:11 No comments:

These days it is the Islamic world which typically finds itself on the wrong side of human freedoms. The list of 'taboo' subjects not addressed by most Muslim societies is long. Often the subjects are dominated by issues pertaining to religious orthodoxy and women's rights. Witness the mental energies spent discussing the participation of Saudi Arabian women (two in total) in the 2012 Olympic Games.


Sometimes, however, the shoe is on the opposite foot.
I am not referring only to the Norwegian white supremacist who tragically shot many of his compatriots about one year ago. There are several other instances which beckoned me to write this post. Consider the firing of four French local government workers for fasting (it is the fasting month of Ramzan for Muslims) during working hours. The town council is managed by the French communist party and it seems communists are as rigid in interpreting Marxist 'Holy Scriptures' as Muslims. However, at least this is not a case of white supremacist ideology but rather a particular version of 'secularist' philosophy.
Farther afield, in the US, circumstances are slightly different.
The shooting of American Sikhs allegedly by a 40 year old US army veteran seems very much like a hate crime. The shooter is apparently a neo-Nazi targeting non-white Americans. Or the mosque burnt to the ground in the state of Missouri. It may be too early to point fingers at white supremacists in the mosque burning incident, however, it is difficult to argue the Muslim place of worship was a random target. 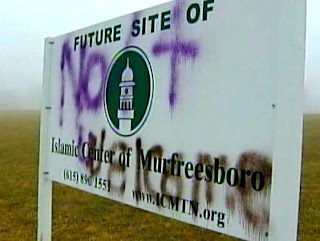 There is no dearth of international 'hate crime' incidents for me to cite. But preparing a longer list serves no useful purpose, other than perhaps providing more empirical evidence. Instead, it is more helpful if to draw some conclusions from the facts.
Undoubtedly, the Muslim world has problems with extremist thought. However, the problem is not Islam's alone. Islam's dangerous ideas did not develop in a vacuum. These ideas developed in a post-war world dominated by Western powers often demonstrating brutally arrogant behaviors against ideological opponents, Islamic or otherwise.
Extremists from differing sides of the secularist and / or white supremacist - Islamist divide have a symbiotic relationship which thrives on each others' unreasonableness. After all, politics is not immune from Newton's Third Law of Motion which states that every action has an equal and opposite reaction.
__________________
Imran is a business and management consultant. Through his work at Deodar Advisors and the Deodar Diagnostic, Imran improves profits of businesses operating in Singapore and the region. He can be reached at imran@deodaradvisors.com.
Posted by Imran Ahmed at 14:43 No comments: