The Art of Social Media by Guy Kawasaki and Peg Fitzpatrick: a book review


The Art of Social Media is an easy read. The book is organized using clear headings and subheadings allowing readers to skip sections not relevant to their interests. The book is aimed at sophisticated social media users with a general grasp of most social media platforms. Nonetheless, it is worthwhile even for novices who wish to improve their social media footprint. 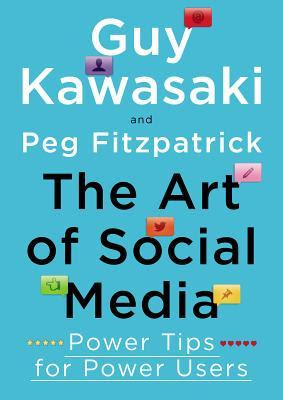 Like many such books, this one provides lots of referrals to applications and sites which help to optimize one’s usage of specific platforms. The e-book uses links though I read a hard copy borrowed from my local library. These referrals vary in usefulness but are necessary for any book claiming to be a handbook about social media.

In the New Economy social media is a segment all on its own. Many jobs and vocations include the term, Social Media Manager, etc. The Art of Social Media is best suited for those whose livelihoods are directly related to social media. For most social media is something used for, well, social reasons. For this segment, Kawasaki and Patrick’s book is over the top. Unless one spends a good portion of one’s day focused only on social media the book is probably not for you.
__________________
Imran is a Singapore based Tour Guide with a special interest in arts and history. Imran has lived and worked in several countries during his past career as an international banker. He enjoys traveling, especially by train, as a way to feed his curiosity about the world and nurture his interest in photography. He is available on twitter (@grandmoofti); Instagram (@imranahmedsg) and can be contacted at imran.ahmed.sg@gmail.com


As the euphoria surrounding former cricket star Imran Khan’s election victory begins to fade in Pakistan, the country’s economic managers must deal with the hard tasks ahead. Immediately improving foreign currency reserves is simply a tactical necessity. The real challenges are strategic.

If Pakistan approaches the International Monetary Fund (IMF) for economic support – as is widely predicted by most analysts – then the IMF will remind Pakistan’s new Finance Minister of at least two priorities: increasing revenue and reducing expenses. 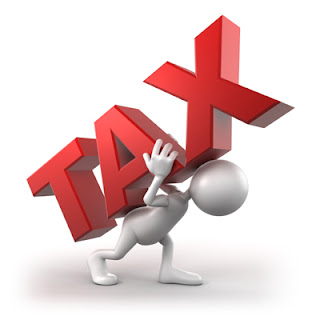 In order to achieve these two objectives there is a need to move away from the simple solution of imposing additional withholding taxes on an already excessively used taxation technique. To date, this method has only resulted in mixed success.

Presently, virtually any financial transaction in Pakistan’s organized sector, i.e. a documented transaction and not in cash, requires the collection of withholding tax. For example, registering a car or paying motor vehicle tax; registering a property; cash dividend payments made by listed corporations to individuals; and banking transactions such as preparing a bank draft all require collection / payment of a withholding tax.

In theory, this tax payment is an advance tax and may be adjusted against future corporate or individual tax liabilities. In practice, few individual taxpayers make the effort to reduce their tax liability by the advance tax amount. For corporations, except maybe for top tier multinational and local institutions, increased bookkeeping coupled with a weak and often corrupt tax collection infrastructure reduce the incentive to claim advance tax. In other words, other than a few large corporations with sufficient resources to devote to copious bookkeeping, few businesses ever see the benefits of any ‘advance tax’ collected on their behalf.

Sure, it will be easy to continue and ‘widen’ Pakistan’s tax base by implementing additional presumptive tax on more transactions – or increasing percentages on existing advance tax payments - especially as these tax collections will likely be booked under the Direct Income Tax category and (falsely) boost the government’s claim of broadening the tax net.  Nevertheless, such taxes will only make Pakistan’s economy more inefficient by pushing up the cost of doing business, especially for Small and Medium Enterprises (SMEs), a backbone of the country’s economy.

Improving Pakistan’s tax collection infrastructure through reforming the operations of Federal Board of Revenue (FBR) is a prerequisite for success. It should be noted that reforming the FBR is a necessary though not sufficient condition for enhancing the country’s tax revenue.

One means of increasing FBR’s operational efficiencies is to reduce unnecessary human touch points. Corporate and individual tax payers should have as little interaction with humans as possible. Basic tax transactions must be simplified. More transactions should be shifted online. Online transactions reduce the possibility of corruption, improve speed and result in simplicity - an all round elegant solution.

To the naysayers who believe serious reform of the FBR is impossible only need look at the successes of NADRA and even the Election Commission. Both these government agencies have adopted new technologies and greatly simplified the lives of many Pakistanis as a result. Transactions which took weeks, months or even longer and were impossible without several unproductive visits to government departments are now routinely completed using a few clicks on a keyboard. Smart solutions are the way forward for the FBR.

Undoubtedly, increasing revenue and reducing expenses lie at the heart of any economic restructuring be it national, corporate or individual. Unfortunately, converting these two principles into effective policy decisions is a complicated process fraught with political minefields. Nonetheless, Imran Khan’s Justice Party (PTI) has a real opportunity to lay the foundation for genuine reform.

In my next post, I will discuss the necessity of approaching the ‘Filer’ and ‘Non-Filer’ distinction with greater finesse. ‘Non-Filers’ are not synonymous with tax evaders. Hence, throwing all ‘Non-Filers’ into a ‘penalize by paying more tax’ bucket is an unfair use of state powers. The policy must be improved to make it more equitable. Stay tuned.
__________________
Imran is a Singapore based Tour Guide with a special interest in arts and history. Imran has lived and worked in several countries during his past career as an international banker. He enjoys traveling, especially by train, as a way to feed his curiosity about the world and nurture his interest in photography. He is available on twitter (@grandmoofti); Instagram (@imranahmedsg) and can be contacted at imran.ahmed.sg@gmail.com

State of Emergency by Jeremy Tiang: a book review


State of Emergency by Jeremy Tiang is that new breed of Singapore novel which treads gently into areas which have hitherto remained untouched, perhaps because of the country's so called Out of Bound Markers (Subjects and government policies which are too sensitive to be debated by the general public). 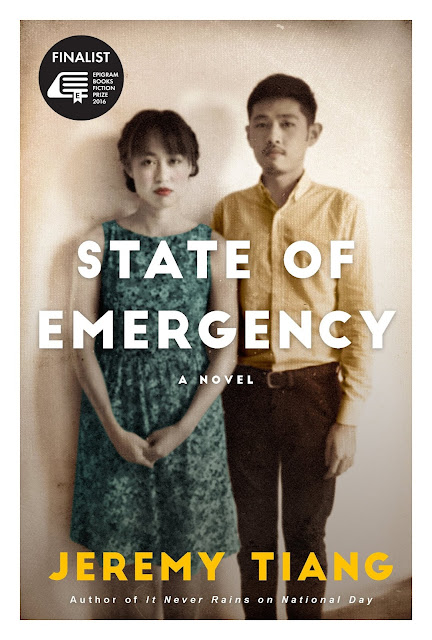 As the title suggests, this novel is mostly set during the years of the Malayan Emergency of 1948 – 1960. During those years an active Communist insurgency was playing out in the jungles of Malaya (today's Malaysia) though the troubles reached as far south as Singapore itself.

Through the characters, which include a British journalist, a communist rebel fighter and her family, Tiang takes us through the reality of a divided nation fighting its own government. The author does not hold back in describing the often brutal tactics used by the British colonial regime – the Malayan Emergency was fought against the colonial authorities – to control and finally subdue the armed insurrection.

Among the tools used were torture, concentration camps and other harsh tactics used by authorities around the world to crush similar ideologically motivated armed uprisings. While these methods are 'geography-neutral,' i.e. they may be used by any country against any uprising, the harsh impact on humans varies subject to place and time. Tiang's novel highlights the repercussions of such extreme and brutal tactics on Singaporeans and their families.

Although fiction, State of Emergency is generally factually true to historic events. It shines a light on a dark segment of Malayan / Singapore history. And none too soon. It is hoped the novel is the first of many more such works revisiting a difficult period of Singapore's history. Surely, there are more stories about the Emergency buried in the concsiousness of Singaporeans and Malaysians which deserve to be heard by the general public?


Imran is a Singapore based Tour Guide with a special interest in arts and history. Imran has lived and worked in several countries during his career as an international banker. He enjoys traveling, especially by train, as a way to feed his curiosity about the world and nurture his interest in photography. He is available on twitter (@grandmoofti); Instagram(@imranahmedsg) and can be contacted at imran.ahmed.sg@gmail.com.