Karachi may be Pakistan's largest city and commercial capital but it is a relatively new city. Karachi's newness was underscored at a recent map exhibition titled 'Drawing the Line' at the city's Mohatta Palace Museum. 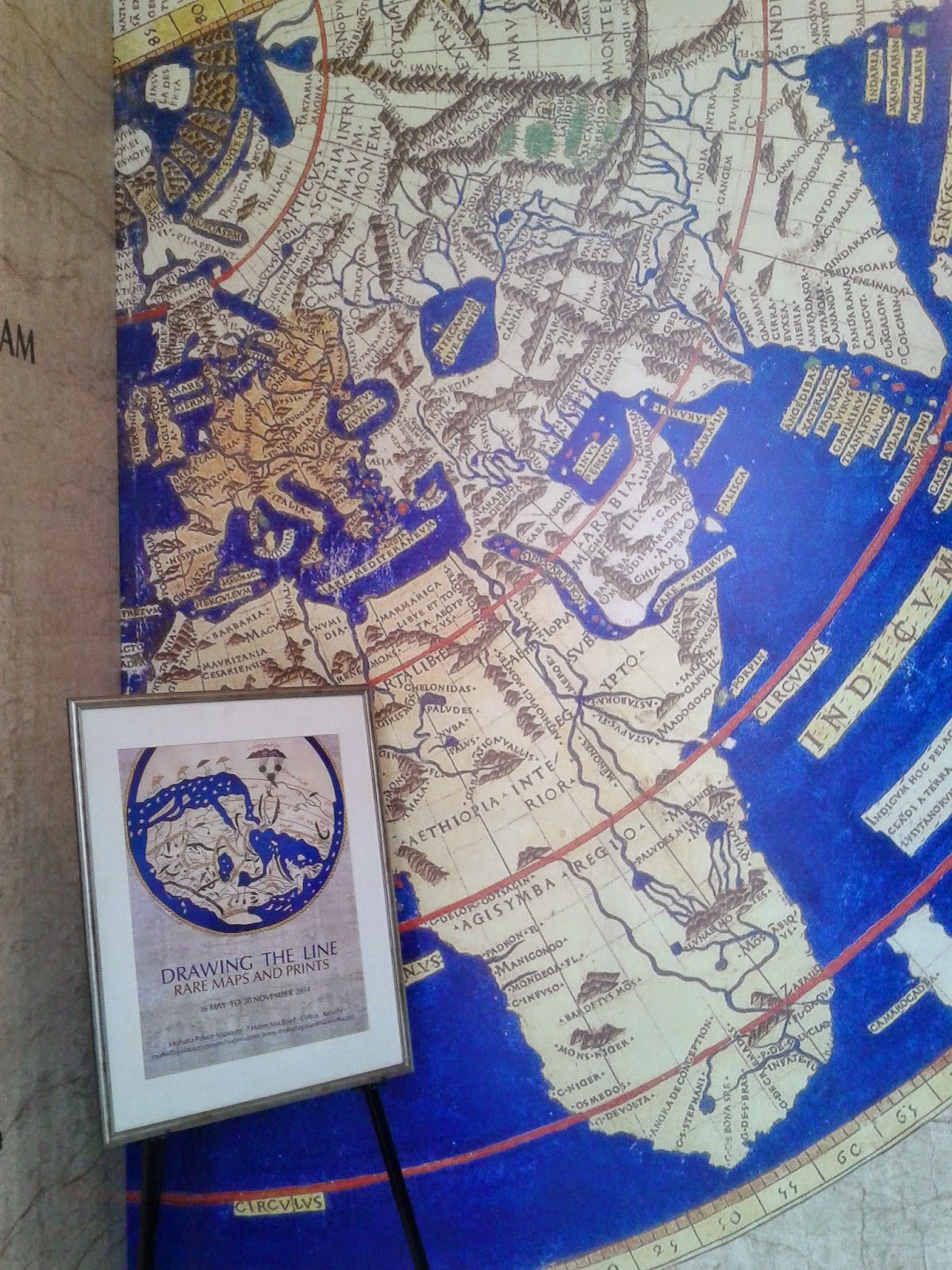 The exhibition also highlights the continuing impact colonial 'lines' have on today's world. From border disputes to nationalist ethnic movements, 'artificial' frontiers created by colonial bureaucratic cartographers are the bane of many present day disputes. Pakistan, a 'new' nation built on the tenuous premise of a shared religion, itself suffers from many of these 'post-colonial nation building' obstacles.

As Pakistan grapples with varying – often competing - notions of what it means to be an 'Islamic Republic,' indigenous culture and history circumscribes the country's debate about national identity. Museums, as caretakers or even creators of culture, play an instrumental role in these formative discussions.

The museum, owned by the Government of Sindh, is housed in a unique structure constructed in the 1920s as a residence for Shiv Rattan Mohatta, a Hindu businessman from Rajasthan. The architecture of Mohatta Palace contains strong influences from Rajput found in Jaipur, especially in the use of pink Jodhpur stone. Strong Mogul influences are also visible in the building's design.

The building was designed by Agha Ahmed Hussain, believed to be the first Muslim architect in India. Hussain had recently arrived in Karachi from Jaipur to take up the post of Chief Surveyor for the Karachi Municipal Corporation (KMC).

In 1947, Mohatta Palace was acquired by the newly independent state of Pakistan and became the official Ministry of Foreign Affairs building. It remained the Foreign ministry's office until Pakistan's new custom built capital of Islamabad was completed in 1966. Following a brief stay of three years (1964-1967) by Mohtarma Fatima Jinnah, the sister of Pakistan's founder Quaid-e-Azam Mohammad Ali Jinnah, the palace was abandoned and remained in disrepair until 1995.

In 1995 Mohatta Palace was purchased by the Government of Sindh and converted into a museum. Drawing the Line is simply one of the many exhibitions held at the museum during the last two decades.

The Mohatta Palace Museum is a must see for any person interested in Pakistan's culture and history.

__________________
Imran is a business and management consultant. Through his work at Deodar Advisors and the Deodar Diagnostic, Imran improves profits of businesses operating in Singapore and the region. He can be reached at imran@deodaradvisors.com.
Posted by Imran Ahmed at 02:10 No comments:

Since the Tamil Tigers surrendered and the Sri Lankan war ended, Sri Lanka is a nation on the move.

On arrival at Colombo, a new airport greets visitors – a facility loaded with tourists and transit passengers, courtesy of the national airline's efforts to turn the country into a regional air hub. Then there's the new (toll) highway from the airport to Colombo city, symbolic of the tremendous improvements in road infrastructure of the last few years.

The tourism industry is also participating in the country's rejuvenation.

During my visit in January 2015, I visited a pristine beach area in the Western Mannar District of Western Sri Lanka. The Indian Ocean coastal district was contested by the Tamil Tigers and the Sri Lankan Army during the country's 26 years long civil war. Due to the conflict, people moved away from vast areas in the country creating 'green zones' into which tropical flora and fauna naturally migrated.

I stayed in a 'shack' less than one hundred meters from a spectacular beach. Green jungle surrounded us everywhere. There were few human residents and certainly no tourist hotels in the vicinity.

Each morning I awoke to birds chirping. In the early morning stupor of half sleep, it felt as if the birds were hovering only a few inches away from me. In the nearby jungle were peacocks in the wild and monkeys shaking trees to get at breakfast.

Apparently, our camp was even visited by a family of wild elephants on the first night. Somehow, I slept through the ruckus created by exploding firecrackers lit to drive the unwanted guests away!

The entire stay was unrivaled by anything I have experienced hitherto. Though there was one small irritant – or shall I say many small irritants? Mosquitoes!

I have never genuinely been afraid of dengue fever or malaria … until I reached our 'camp.' With the number of mosquitoes buzzing around, I came to appreciate the power of the small (female?!) disease carrying insects buzzing around like kamikaze fighter aircraft! (Clearly, early explorers of deep, dark tropical jungles in Africa and Asia were crazily brave people, venturing into such zones without mosquito repellent lotion is nothing short of crazy!)

For a city boy more at home inside a subway train than a jungle, Sri Lanka always provides energizing and new experiences (despite the mosquitoes!). Now that peace has taken hold, I anticipate more unique travel adventures in Sri Lanka during the coming years!

__________________
Imran is a business and management consultant. Through his work at Deodar Advisors and the Deodar Diagnostic, Imran improves profits of businesses operating in Singapore and the region. Imran has been a regular visitor to Sri Lanka since the 1990s. He can be reached at imran@deodaradvisors.com.
Posted by Imran Ahmed at 15:32 No comments: