Of Mostar and Muslims seeking the grace of the Virgin Mary

I have had the privilege of visiting Islam’s holiest city Mecca a couple of times, admittedly as a young boy. I have prayed to holy men (and women) at mausoleums, including that of Singapore’s very own holy man Habib Noh. Beyond that, I have made offerings and given due respect to other deities located inside Hindu, Buddhist and Chinese temples all around the world.

In 2015, I added a new 'first' to my life. During my Eastern Europe adventures I climbed a mountain (alright, it was more like a hill!) to seek the Grace of Virgin Mary! Some may consider such a trek strange as I am a 'born and bred' Muslim. I don't agree. Islam encourages exploration, learning and understanding.

And no, it's not that I have become a Christian. It's simply because a short distance from the historical city of Mostar in Bosnia-Herzegovina is the pilgrimage site of Medjugorje.

Medjugorje was an experience but first a little about Mostar.

The city straddles the Neretva River. As it straddles the river, it also occupies the space where Islam and Christianity meet. The Bosnian city has a mix of Muslims, Catholics and Serb Orthodox among its population of about 100,000. During the civil war which engulfed the former Yugoslav Republic in the early 1990s this ethnic mix proved to be a deadly tinderbox.

Indeed, Mostar was the scene of heavy fighting between Catholic Croats and Muslim Bosniaks during 1992-95. Even Mostar's most famous structure, the Stari Most or Old Bridge, built in 1556 by the Ottoman Turks was not spared the fighting. The bridge was willfully destroyed by Croatian forces in November 1993. The bridge was reconstructed in 2004 and inscribed as a UNESCO World Heritage site the following year. 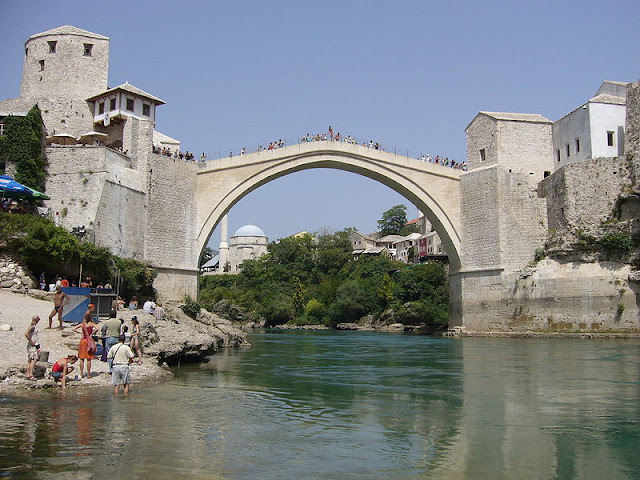 Mostar is also blessed with natural beauty. Mountains, rivers and forested areas along with hospitable people are all nestled in one compact, medieval town. But it was Medjugorje's Virgin Mary who was the star attraction. Those familiar with Islam know the Virgin Mary is a blessed woman for Muslims too.

The Virgin Mary is the only woman mentioned by name in Islam's holy book, the Koran. Indeed, she is one of only eight humans who have a sura (chapter) named after them in the Koran. As if to emphasize Islam's belief of Mary being the most righteous of women, she is mentioned more often in the Koran than in the entire New Testament!

Thus, making the trip to the small town of Medjugorje about to witness the alleged miracle of Our Lady of Medjugorje was high on the agenda. The town is located about 25 kilometers southwest of Mostar.

The story begins in 1981, during a time Yugoslavia still respected Tito's memory, when six local children claimed to have seen visions of the Virgin Mary. Over time, the fame of the allaged apparitions spread amongst the Catholics and the town of about 2,000 started receiving pilgrimages from all over the world, Singapore included. Since 1981, over 30 million Catholics have visited the pilgrimage site – and that despite the negative official position of the Vatican bureaucracy on the Medjugorje apparitions.

Having climbed the hill on a rainy day in order to meet the Virgin Mary and immersed myself among Christian pilgrims, I felt a more complete Muslim. After all, the Islam with which I am familiar encourages tolerance and understanding – ideals lost to the adventure seeking extremist killers raised on a diet of violent video games and social despondency. 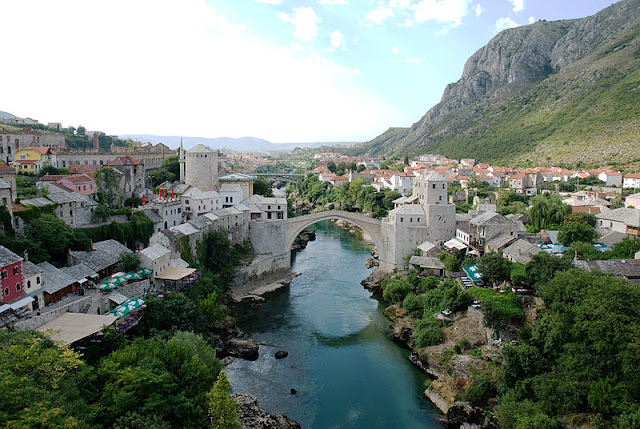 Mostar has a history all of its own. If Sarajevo fought Orthodox Christian Serbs for survival, Mostar fought Catholic Croats for its existence. Though, like Sarajevo, Mostar is fighting hard to maintain its pre-civil war mix of a religiously diverse population. For travelers, the medieval town is a blissful combination of nature, food and history.

No visit to the Federation of Bosnia and Herzegovina – the country's official name - is complete without experiencing Bosnia and Herzegovina individually. If Sarajevo is Bosnia then Mostar is Herzegovina.
__________________
Imran is a Singapore based Tour Guide with a special interest in arts and history. Imran has lived and worked in several countries in his career as an international banker. He enjoys traveling, especially by train, to feed his curiosity about the world and nurture his interest in photography. Imran can be contacted at imran.ahmed.sg@gmail.com. Follow Imran on twitter at @grandmoofti and Instragram at imranahmedsg.