The spirit of sacrifice and the genesis of Rashidabad Model Village, Pakistan

New towns are not born. They are created. Though it is not often a new town's inception is draped in tragedy. Except in Rashidabad's case. Rashidabad is a small settlement in the Tando Allahyar district of Pakistan's southern Sindh province.

Rashidabad's history does not begin with the opening of a hotel or railway station. Instead, Rashidabad's story begins with a tragic death of an air force pilot.

It was in December 1997 that a Pakistan Air Force (PAF) pilot named Flight Lieutenant Rashid Ahmed Khan took off on a routine mission in his Mirage fighter jet.

A short while after take off his aircraft caught fire above a densely populated area. PAF ground authorities ordered the pilot to abandon the plane, bail out and save his life. Flight Lieutenant Rashid disobeyed these direct orders. Instead, he opted to save thousands of lives by maneuvering his aircraft to an unpopulated remote area. In the effort, he sacrificed his own life.

Rashid died in the Sindh desert of Tando Allahyar district between the cities of Hyderabad and Mirpurkhas.

Following the death of their only son, Rashid's father – himself a retired PAF officer - galvanized a group of retired Air Force officers and in 1998 created the non-profit Rashid Memorial Welfare Organization (RMWO). The RMWO's objective is “[setting] up model villages throughout the country [Pakistan] by integrating all essential facilities in a well-knit mosaic so as to ensure a positive beneficial outflow to the needy rural folk – all under one roof. Our main thrust is on education, health and vocational training...” Rashidabad is the RMWO's initial pilot project.

It has been twenty years since RMWO's establishment and Rashidabad is a thriving town. It provides not only employment opportunities to nearby local communities but also badly needed essential medical and educational services. Today, Rashidabad houses a hospital, schools, school for the deaf, school for the visually impaired and an eye hospital. More welfare organizations are establishing a presence and in the process of constructing their premises.

Death is an inevitable part of life. Everyone eventually faces death. Normally, one views death as a tragedy - an occasion to be mourned. It does not have to be so. Take Flight Lieutenant Rashid's case. His death allowed hope to enter the lives of thousands of Pakistanis.

This story is not about a tragic death but a happy beginning.

Imran is an adventurer, blogger, consultant, guide, photographer, speaker, traveler and a banker in his previous life. At the time of writing, Imran is living in Rashidabad until December 2017 while a volunteer at the SST Public School. He is available on twitter (@grandmoofti); Instagram (@imranahmedsg) and can be contacted at imran.ahmed.sg@gmail.com.
Posted by Imran Ahmed at 19:02 No comments:

The Iron Marshall by Louis L'Amour: a book review

L'Amour is the gold standard for novels set in the American West. His prolific output and his masterful storytelling endear him to any reader interested in the 'Wild West.'

It is therefor no surprise I have list track of the number of L'Amour books I have read over the years. I started reading his novels as a teenager and even after several decades his books don't disappoint.

To be sure, a classic Western story follows a formulaic model almost as predictable as a Bollywood movie. There is the hero – an almost bad guy who is at his core a good guy. The love interest who makes but fleeting appearances. The villain and his (or her) accompanying posse of bad guys (and gals).

However, it is L'Amour's ability to surprise within this formula which makes his novels entertaining, easy reads. Perhaps L'Amour pulls the reader so deep into the savage yet noble world of the Wild West that we forget the plot is simply a fairy tale of Good versus Evil. 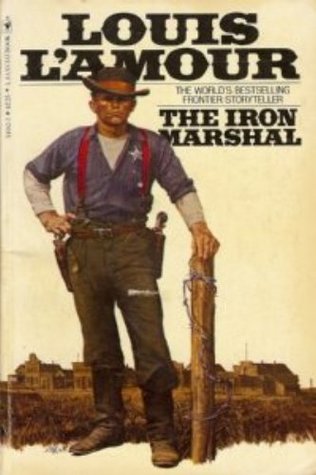 The Iron Marshall is no different. A 'bad' good guy from 'civilized' New York city finds himself entangled in a small Western cowboy town. Before he knows it, our hero is the town Marshall and trying to unravel an intriguing criminal conspiracy. During his detective work, our hero deals with some 'real' bad guys. On his way to saving the town he also finds time for a 'love at first sight' encounter!

It all sounds rather unbelievable though when told by an experienced wordsmith the story is not only believable but also entertaining. For the un-initiated L'Amour reader The Iron Marshall may not be the best place to start. However, for those of us running out of L'Amour works to read this novel is as good as place as any to lose oneself in rough and tumble of the Wild West.

Imran is an adventurer, blogger, consultant, guide, photographer, speaker, traveler and a banker in his previous life. He is available on twitter (@grandmoofti); instagram (@imranahmedsg) and can be contacted at imran.ahmed.sg@gmail.com.
Posted by Imran Ahmed at 20:17 No comments:

White Line Fever is vintage Lemmy (1945 - 2015): candid, sarcastic and blunt. No ifs and buts, just Lemmy. And Lemmy's personality shines through his autobiography like a prison searchlight setting ablaze a high security facility in the dead of night! 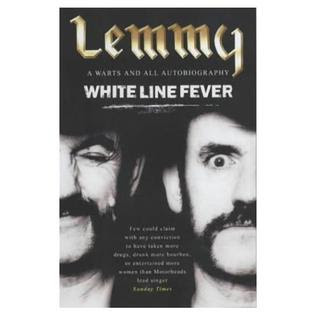 Love him or hate him, the bassist front-man of Motorhead has to be admired for what he is (was): a talented songwriter / musician and an 'in your face' rock star with a sneaky intellectual streak.

Lemmy is not a Life Coach. His 2003 autobiography White Line Fever is not a self-help book either. Nonetheless there are many nuggets of common sense interspersed throughout his book.

“We'd [Motorhead] been in worse situations … you just have to keep going and everything will sort itself out. It always does. You can't run around panicking and giving up; you've got to have the strength of your convictions.”

Lemmy was a self-made man. He probably succeeded in life and the music industry more through persistence than anything else. He was a larger than life personality who inspired intense loyalty in his fans. To his fans, 'Lemmy is God' was not a statement of adulation; rather it was simply a statement of fact.


White Line Fever reveals insights into the (incestuous?) British rock music scene of the late 1960s and 1970s. It is a must read for any rock music historian or for a Motorhead fan. It is a funny, entertaining and opinionated statement from a High Priest of Rock.


Imran is an adventurer, blogger, consultant, guide, photographer, speaker, traveler and a banker in his previous life. He is available on twitter (@grandmoofti); instagram (@imranahmedsg) and can be contacted at imran.ahmed.sg@gmail.com.
Posted by Imran Ahmed at 01:40 No comments:

Bina Shah's book was a nostalgic read for me. As a (Singaporean) Karachite the novel's setting in late 1990s Karachi was a reminder of my own time in Pakistan's commercial capital. The author's descriptions of city streets, shops and even its beaches all evoked special memories for me. 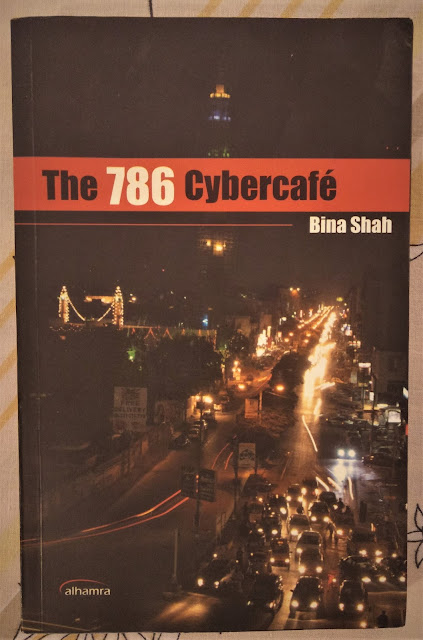 As literature, The 786 Cybercafe is a good effort. The story was realistic. It gives unfamilar readers an insight into Karachi. Thankfully, the author refrained from turning the novel into an explicit political commentary. Ms. Shah refrained from making judgements about Pakistan's urban social values. Instead, the reader is left to make up one's own mind about these traditions.

The characters - mainly young people reflecting the city's youth population bulge developed well as the story progressed. Surely, they were at times stereotyped but I guess it's to wrote a novel without some degree of stereotyping.

The plot was enjoyable, especially the latter half of the book where I found myself wishing to rush ahead to learn the fate of Nadia – the book's main female character. Indeed, through Nadia the author makes an understated yet powerful feminist statement. (It is entirely possible that many readers may not even grasp these serious feminist undertones.)

The 786 Cybercafe is time well spent. The novel particularly resonates with readers curious about Pakistan's social milieu. While at its heart the book is a simple story, the author does weaves subtle social messages into the plot.

Imran is an adventurer, blogger, consultant, guide, photographer, speaker, traveler and a banker in his previous life. He is available on twitter (@grandmoofti); instagram (@imranahmedsg) and can be contacted at imran.ahmed.sg@gmail.com.
Posted by Imran Ahmed at 02:54 No comments: