I recently picked up a collection of short stories by Albert Camus, the Nobel Prize winning French-Algerian existentialist author. I was stepping back in time – not simply into the 1940-50s, the setting of the stories, but to a different era; a time of US - Soviet rivalry symbolized by the Berlin Wall.

The time after World War Two was also one of great idealism and spawned countless left-wing groups and intellectuals inclined to throw in their lot with the communists in the hoped of creating a classless society. Many of these groups morphed into terrorist organizations, including Germany's Baader-Meinhoff Gang, Italy's Red Brigade and Japan's Red Army.[1] The absurdity of an impending nuclear holocaust poised to destroy civilization also engendered competing schools of thought, notably 'Existentialism' and its closely linked cousin 'Absurdism.' 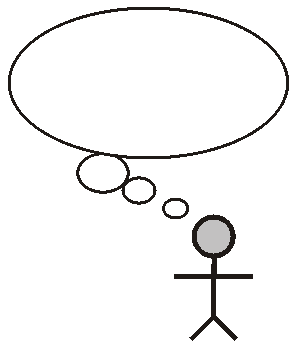 Existentialism is "characterized by what has been called "the existential attitude" or a sense of disorientation and confusion in the face of an apparently meaningless or absurd world. Many existentialists have also regarded traditional systematic or academic philosophies, in both style and content, as too abstract and remote from concrete human experience."[2]

Surely, many will agree reality is often more absurd than any fiction we read!

However, it's the 'Absurdist' philosophy which really strikes a chord within me. While there is always a desire for humans to seek meaning in life, Absurdism suggests such a quest is futile. There are far too many unknown variables in the world and too much information for an ordinary mortal to comprehend. Humans, therefore, live in a world of absurdity.

It's the idea of an absurd world which I like. Does it not aptly describe a world of teenage gunmen gone wild, religiously motivated suicide bombers and the many other crazy things happening around us daily? Yes, one easy way to 'systematize' the world is through an absolutist religion, one which defines the world in 'black and white' leaving no room for any doubt in between.

Nevertheless, for me, it adds excitement knowing there are so many uncertainties and opportunities in the (mean!) world out there. As an old Greek friend called Epicurus once said, the world's atoms regularly randomly swerve from their appointed path to create a whole new set of causal realities. It just happens ... no one knows why.
__________________

Imran is a business and management consultant. Through his work at Deodar Advisors and the Deodar Diagnostic, Imran improves profits of businesses operating in Singapore and the region. He can be reached at imran@deodaradvisors.com.
[1] Japan's Red Army was responsible for at least two major violent incidents in Southeast Asia during the 1970s. In January 1974, two members of Japan's Red Army (JRA) along with two colleagues from the Popular Front for the Liberation of Palestine attacked the Shell Oil refinery on Pulau Bukom precipitating the Laju Hijacking incident. The incident was a major milestone in the career of Ministry of Defence employee S.R. Nathan, later to become the Republic's President. Separately, in August 1975 the JRA stormed the building housing the US and Swedish Embassies located in Jalan Ampang, Kuala Lumpur and took over 50 hostages. Following negotiations, the JRA successfully won the release of five comrades imprisoned in Japan in return for freeing the hostages. The gunmen, along with their five freed comrades, later flew to Gaddafi's Libya.
[2] 'Existentialism,' Wikipedia. Accessed on May 26, 2014.
Posted by Imran Ahmed at 10:05 No comments:

Singapore's governance: should MPs only be MPs?


I sent a letter to the Straits Times Forum for publication a few weeks ago. The Forum chose not to publish my letter. I have reproduced the text of my letter below.

April 20, 2014.
To the Editor:
Recently, I had cause to write to my Member of Parliament (Bishan-Toa Payoh GRC) to seek his assistance with a particular matter. I was disappointed not to receive an acknowledgement of my request for assistance, leave alone any assistance.
It was not until I followed up with an email ten days later that I finally received a response from my MP. His response was upsetting as the text indicated he had neither bothered to fully read my initial communication nor attempted to properly understand my situation.
Perhaps the blasé manner with which my plea for help was treated is due to the competing demands on an MP's time, i.e. maintaining a professional career within a law firm alongside his duties as an elected representative? In light of my experience, it seems appropriate for the authorities to initiate an independent study to determine whether time spent by an MP on his 'external' professional career, say as a lawyer, impinges on his ability to carry out his obligatory duties towards his constituency.

If the government wishes to maintain the trust of the electorate then the attitude reflected by the MP for Bishan-Toa Payoh does not help. Ignoring requests for help from a constituent simply widens the perceived gap between the 'ruler' and 'ruled.' It is time the governing party implements and enforces quantitative standards upon its elected representatives, e.g. response times to requests, etc. Such delivery standards are the norm within any efficient managerial establishment, including Singapore's own bureaucracy, and are necessary to maintain Singapore's usually high standards of governance.