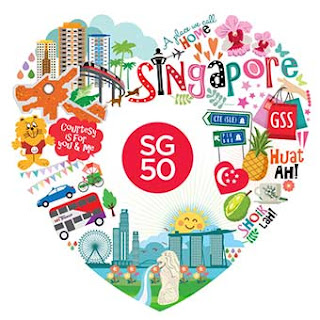 1.   GE 2015 was a genuine general election. Every constituency was contested and every Singaporean cast a ballot. There were no walkovers.

2.   Singaporeans made politicians work hard to earn their votes. No vote was taken for granted. Even the ruling People's Action Party (PAP) made an effort.

3.   The Workers Party (WP) consolidated its role as the only credible opposition party in Singapore. The new talent brought in by the WP is ostensibly of well qualified and of high quality.

4.   A natural narrowing of the political arena is occurring with other opposition parties beginning to fade away thus, ultimately, leaving the field clear for the possible evolution of two party system.

5.   Singaporeans are developing a taste for accountability from its leaders. This may translate into unpredictability of voting patterns, something that should keep the PAP leadership on constant alert and sensitive to voter concerns.

1.   The PAP's margin of victory may influence its leadership to revert to the party's past leadership style, often perceived as arrogant and condescending.

2.   Singapore has no worthwhile opposition to speak of, at least not presently. If the WP can survive and 'professionalize and corporatize' itself over the next few general elections then it has a chance.

3.   All the other (not WP) opposition parties are perceived by the electorate as amateurish with no genuine leadership capability or platform. None was able to make a significant mark among voters in any constituency.

4.   Given the strength of the PAP's mandate, it may now attempt to 'strangle' and discredit other political parties through 'political-administrative' measures to 'cleanse' the political arena.

5.   Singaporeans must wait five more years if they want to make a change!

Imran is a business and management consultant. Through his work at Deodar Advisors and the Deodar Diagnostic, Imran improves profits of businesses operating in Singapore and the region. He can be reached at imran@deodaradvisors.com.
Posted by Imran Ahmed at 13:45 3 comments:

Hat Yai is the capital of Thailand's Songkhla province. The city is perhaps best known for being the last major Thai settlement on the route to Malaysia's Georgetown / Penang. However, Hat Yai deserves to be much more than just a dot on a map or a passing sign on an express train journey from Bangkok to Malaysia.


Hat Yai is a travel destination in its own right. If the number of Malaysian voices one hears around Hat Yai is any indication, Malaysians seem to agree.

The city is a combination of street markets and many cultural attractions. The reclining Buddha, the Guan Im Temple and the Four Faced Buddha are just a few of the monuments sprinkled around the city.


Note there are no mosques in the above list. Odd, given Hat Yai's population is approximately 40 percent Muslim (it's hard to find accurate statistics online). Nonetheless, for Pakistani (or Pakistani origin!) visitors, there is a particular place of worship in Hat Yai not to be missed: the aptly named Masjid Pakistan or Pakistani Mosque!

According to a local inside the mosque, the Masjid Pakistan was originally constructed about 50 years ago by three wealthy Pakistani merchant residents of Hat Yai. The philanthropists bought the land and funded the mosque's construction. Subsequently, in the early 1990s, a major expansion of the mosque was carried out, also spearheaded by the descendants of the Pakistani families but with the larger community's involvement.

Perhaps the greatest part of Hat Yai's charm lies in its small town feel coupled with a unique demographic mix. The city's population is less than 200,000 and includes sizeable Chinese and Muslim populations. In fact, Hat Yai is unique among Thai cities in that the combined Muslim and Chinese populations outnumber the 'traditional' Thai population.

The mixed population results in a unique cuisine blending Malay dishes with the Thai penchant for chilli. As with the rest of Thailand, the food alone is enough to entice a traveller into Hat Yai.

Since the start of a low level Islamist insurgency in 2001, many travellers have stayed away from Thailand's southern provinces for security reasons. Certainly, there have been scattered incidents of violence in the past. But Hat Yai is much too enchanting to avoid simply because of the activities of a few misguided souls!

__________________
Imran is a Singapore based Tour Guide with a special interest in arts and history. Imran has lived and worked in several countries in his career as an international banker. He enjoys traveling, especially by train, to feed his curiosity about the world and nurture his interest in photography. Imran can be contacted at imran.ahmed.sg@gmail.com.
Posted by Imran Ahmed at 12:21 No comments: