Singapore’s mid-life crisis and the ‘deterioration by complacency’ syndrome

There was a time not too long ago that the phrase, "It can't happen in Singapore" was applicable to most any situation. After all, Singapore was clinically efficient. The city and its leadership had the Midas touch. The republic went from Third World to First World in one generation.
Notwithstanding his authoritarian tendencies, Lee Kuan Yew (LKY) gave the world lessons on economic development using Singapore as an example. The city-state and LKY's clean government were models emulated across the entire developing world.
Yet, some of Singapore's lustre has worn off recently. Reports of violent crime, including murders, are more commonplace. Heavy rains cause routine disruptions, even floods. Orchard Road, Singapore's shopping showcase for tourists, seems particularly prone to flooding. The city's hitherto pristine infrastructure has aged. Litter is taken for granted. On some pavements, pedestrians walk at their own risk – cyclists brazenly flout the law banning bicycles from sidewalks.

The most recent atypical sign to find its way into Singaporean consciousness: problems on the subway system. ﻿﻿﻿
﻿﻿﻿Machines, including subway trains, no matter how well maintained will breakdown from time to time. Singapore's two older subway lines, the 'red' and 'green' lines, have operated for over two decades so occasional stoppages are to be expected.


However, all is not well in Singapore if the subway system breaks down three times in as many days. Add in the other recent 'surprising' occurrences in Singapore and a case for 'deterioration by complacency' can be made.
So much for the "it can't happen in Singapore" principle.
Singapore 2011 is not 1970s Singapore. In 2011, economic growth is no longer sufficient to keep the Little Red Dot's population satisfied. More and more, quality of life issues will determine the longevity of government ministers.
All is not yet lost. Singapore's finances are in good shape. Large cash reserves are available for targeted spending on problem areas, such as public infrastructure.
Moreover, unlike most international state owned enterprises, Singapore's public sector corporations like subway operator SMRT are not reliant on government handouts for survival or growth. SMRT is self-financing and has the means to spend its way out of short term problems, like recent train breakdowns.
Singapore is no longer young. The republic has reached middle age. 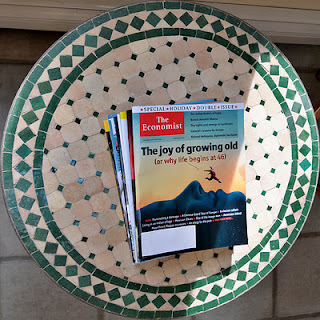 Coming to terms with middle age is not easy for most. The body starts to creak and groan. The body also does not have the same physical vitality of the past.
Singapore's mid-life crisis may not be extreme but it has arrived.
Perhaps it is time for Singapore to start popping some vitamin pills and exercise more? With additional hard work the city might just be able to maintain its competitive edge for another few decades.
__________________
Imran is a business and management consultant. Through his work at Deodar Advisors, Imran improves the profitability of small and medium sized businesses operating in Singapore and the region. He can be reached at imran@deodaradvisors.com.
Posted by Imran Ahmed at 18:34 No comments:

History’s new era: the Dollar, Euro and the Age of Revolution

Singapore authorities like to compartmentalize Singaporeans into four basic categories: Chinese, Malay, Indian and others. Consequently, all Singaporean individuals are subsumed into one of the four racial groupings. Such cataloguing helps make order out of seeming incoherence.
Historians resemble policymakers in the area of 'convenient labelling.' Historians tend to break history down into periods, e.g. the Middle Ages, the Age of Industrialization, etc. Additionally, historians are forced to pick out specific events as turning points – that time when the old disappeared and the new entered.
The world has reached a turning point in history. The post-World War Two period is over and a new era has begun.
Following the defeat of the Axis (Germany and Japan) by the Allies [United States and the Soviet Union (USSR)], in 1945, the world settled into a rhythm dominated by the US and the USSR. The US was ably supported by its client states in the 'Free World.' The USSR was supported by Soviet client states particularly in Eastern Europe.
The post-war time was an age of decolonization and optimism. Individuals, revolutionary and otherwise, fought to change the world. Revolutionaries like Che Guevara spawned during these years. Red terror pitted itself against white terror in many parts of the world, especially Latin America and sub-Saharan Africa. Martin Luther King's  civil rights movement had its day.  ﻿﻿﻿
﻿﻿﻿Surely, there were some appalling moments in the post-war era.

The world came close to destruction during the 1962 Cuban Missile Crisis. Conventional wars and insurgencies were commonplace. Deaths from disease, famine and natural calamities make contemporary disasters seem almost merciful by comparison.
Nevertheless, for historians and the 'powers that be' the world was sane and for the most part politically predictable. The rules attached to the theory of Mutually Assured Destruction were respected by both the USSR and the US.
The world remained balanced on its axis.
Then the economic inefficiencies of communism came to the fore. Soviet military power surrendered to a virtually bankrupt economy, tipped over the edge by the decade long Soviet occupation of Afghanistan (1979 – 1989).
Consequently, the post World War Two Russian Empire collapsed. Communist regimes and Soviet dependencies broke away from Moscow's rule and created independent nation states. The United States revelled in the glow of victory. The Cold War was over and the US became an unrivalled global power.
Unfortunately for the US, the nation's unsurpassed global dominance is decaying. By many metrics, the US economy's global dominance is not nearly as sharp as a few decades ago. The US Dollar's status as reserve currency is in decline. Moreover, the Global War on Terror, along with its two major 'subplots' in Iraq and Afghanistan, has taken a toll in the US economy.
The world is changing in many other ways.
Much has been written about Asia's ascendancy. The term 'Asia's Century' has gained currency.
The Islamic world is in political chaos. Secular nationalists have been discredited after decades in power. Islamic ideologues have stepped in to fill the ideological void. Even Turkey with its powerful military jealously guarding Kemalist principles could not prevent the dilution of its secularist republic.
Europe has come a long way from Monnet's European Coal and Steel Community in the 1950s. However, the continent has reached a new defining moment in the form of the European debt and Euro currency crisis. Europe's immediate future threatens to unravel its recent post-war history.
Economically, the Bretton-Woods system is dead. The International Monetary Fund exercises limited influence over the world's economy at just the time such control is most required. Economic power centers are gravitating away from traditional post-war geographies. 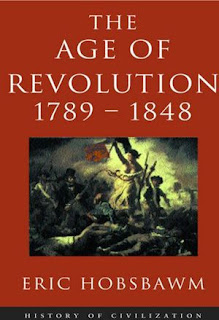 The Post World War Two era is over. A new era is in the works. What exactly will characterize the new era is difficult to state with certainty. However, several decades from now historians will surely be searching for an appropriate label. For some reason, the Age of Revolution comes to mind.
__________________
Imran is a business and management consultant. Through his work at Deodar Advisors, Imran improves the profitability of small and medium sized businesses operating in Singapore and the region. He can be reached at imran@deodaradvisors.com.
Posted by Imran Ahmed at 08:55 2 comments:

The 'Arabization' of Islam is not a new concept. Tensions between Arab Muslims and non-Arab Muslims have existed since Islam's earliest days. During the eigth century Umayyad Caliphate non-Arab Muslims (Mawali) were often seen as inferior to their Arab counterparts. ﻿﻿
The reasons for this view are complex. Politically, early Arabs who founded the Islamic Caliphate preferred not to share power with non-Arabs. Essentially, this was a mechanism to keep control of the empire's wealth.
Additionally, the Koran is in Arabic. Hence, Arab speakers had a distinct advantage in understanding and interpreting the Koran. This permitted Arab speakers to influence and control debates, political and spiritual.
It was not until recently that the Koran was made widely available in translation form. Conservative clerics argued that it was heresy to publish the Koran in any language other than Arabic. It was in order to counter such ideas that Turkey's Kemal Ataturk famously remarked, "The Arabic alphabet had not been revealed by [the angel] Gabriel."*
﻿ ﻿In the last few decades, frictions between Arab and non-Arab Muslims have increased as both groups vie for dominance amongst the faithful. Importantly, neither the Arab nor the non-Arab camp can point to unrivalled leadership.
Leadership of the Arab nations includes the obvious contenders: Saudi Arabia and Egypt.
Non-Arab countries are more mixed in their outlook with 'domestic' Islam manifesting its own character. These 'local versions' of Islam make it harder to identify clear leaders. Nevertheless, Turkey star shines bright. Malaysia's economic progress notwithstanding, the country is too far removed from Islam's mainstream to be a serious leadership contender.
Pakistan has the potential to be a leadership contender. However, given Pakistan's weak socio-economic environment the country is out of the running, at least for the time being. Nonetheless, because of Pakistan's extensive interaction with Peninsula Arabs, the South Asian nation will play an important role in the strategic evolution of Islam's character.
Then there is Persian Iran, the leader of Islam's Shia community. Iran plays a central role, either as a spoiler or enabler, within the wider Islamic world. It is estimated that between 10-20 percent of the world's Muslims are Shiite.
Not surprisingly, in a divided Islamic world, clerics, theologians and politicians cannot to agree on very much, leave alone Islam's role in a Muslim society. That Saudi clerics argue granting women the right to drive leads to sexual promiscuity, the Pakistan Air Force has female pilots flying fighter jets and some Turkish clerics argue Islam only requires three prayers daily (not the traditional  five) reveals the depth of the divide.
Islam's strengths and weaknesses rest on the religion's lack of unitary enforceable leadership. A noisy debate amongst Islam's culturally diverse members provides the best way to modernize Islam to face contemporary social challenges.
* Ataturk: An Intellectual Biography. M. Sukru Hanioglu. Princeton University Press. P. 217.
__________________
Imran is a business and management consultant. Through his work at Deodar Advisors, Imran improves the profitability of small and medium sized businesses operating in Singapore and the region. He can be reached at imran@deodaradvisors.com.
Posted by Imran Ahmed at 15:47 No comments: