Burning Country: Syrians in Revolution and War - a book review


Think your life is complicated? Try figuring out the Syrian war. Only then can one really know what complicated means.

Burning Country: Syrians in Revolution and War, coauthored by Robin Yassin-Kassab and Leila Al-Shami, tries to lucidly dissect the state of the nation as at 2016. Sure, it's hard for academic works to keep pace with the fast changing ground realities of the country. However, Burning Country does provide a summary of events which led to Syria becoming a playground for opposing forces, including Assad, Islamic State (ISIS) and Kurdish Leftist groups. 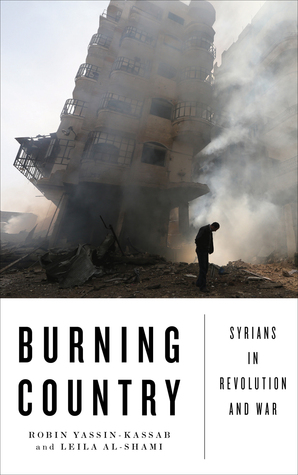 Both authors suggest the present state of affairs is a byproduct of a home grown revolution designed only to overthrow the Assad patriarchal state. Due to the Assad regime's brutally violent counterrevolutionary response a power vacuum ensued. It's this power vacuum which has been filled by opposing domestic forces as well as the (none too invisible) hands of foreign influences.

The Gulf monarchies, Iran, Russia, Turkey and the US exercise varying degrees of influence to protect their interests. The authors' are cynical of virtually all foreign countries indicating no nation recognizes the Revolution as indigenous and none does much to address the humanitarian crisis tearing Syria apart. Indeed, the book suggests foreigners play a dirty, selfish game by maintaining a balance of power between several domestic players – as long as ISIS is kept in check.

Burning Country underscores the complexities of modern Middle Eastern politics. It's a sad book to read as the reader clearly sees the train wreck arising out of the many missteps and gradual militarization of an erstwhile civil disobedience movement. The slow destruction of a state with the consequent impact on millions of lives is apparent for all to see (refugee crisis anyone?).

Undoubtedly, Syria has now gone the way of Afghanistan (Iraq?). It ceases to be a 'normal' nation state and will be difficult, if not impossible, to fix in the coming decades. Not least because of the substantial depopulation and sectarian hatred besetting today's Syria.


Imran is a Singapore based Tour Guide with a special interest in arts and history. Imran has lived and worked in several countries during his career as an international banker. He enjoys traveling, especially by train, as a way to feed his curiosity about the world and nurture his interest in photography. He is available on twitter (@grandmoofti); Instagram(@imranahmedsg) and can be contacted at imran.ahmed.sg@gmail.com.