After watching the first season – Deutschland 83 – I was excited to see the second season available on Netflix. Compared to Deutschland 83, this season was a slight disappointment; watchable but not as binge worthy as Deutschland 83.

For those expecting more of the same Deutschland 86 will come as a surprise. Deutschland 86 moved away from its core East Germany vs West Germany Cold War premise and shifted to the Cold War battleground of South Africa. 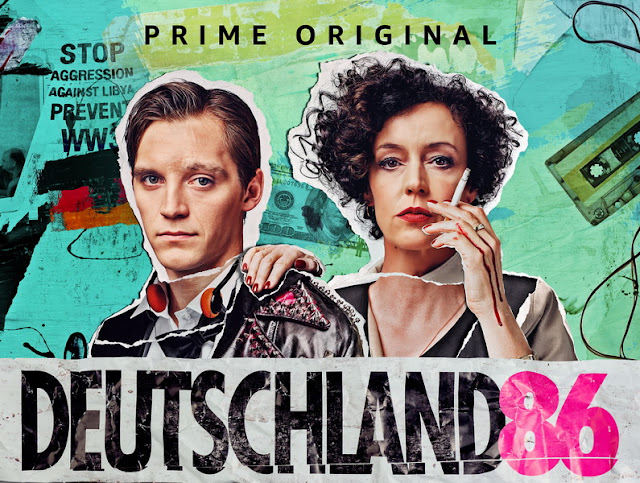 The episodes didn't flow seamlessly, i.e. the stories seemed jumpy and often only loosely connected. While there was continuity with main characters, e.g. Martin Rauch, Lenora Rauch, et. al. many new persons were introduced and made the story more complicated to follow.

In a nutshell, the plot goes as follows. The Soviet Union is near bankruptcy. Gorbachev is implementing reforms which include cutting financial aid to Warsaw Pact countries like East Germany. In the new environment, East Germany's government is forced to scramble for hard currencies like the Deutsche Marks (remember the West German currency?!) by going 'capitalist.'

Many schemes, legal and illegal but all surreptitious, are concocted by East German leaders. East German blood is sold across the border. East German citizens are used for (often unethical) medical trials by Western pharmaceutical companies.

However, for Deutschland 86 the focus is on smuggling weapons. Not just routine arms smuggling but violating a UN arms embargo against South Africa's white supremacist Apartheid regime (remember black people were legally subhuman until the late 1980s in South Africa?!).

Deutschland 86 is eminently watchable. Not as tightly knit as the first season of Deutschland. Nonetheless, it reveals important insights into the demise of the East Bloc's communist regimes while still entertaining viewers. For social scientists, Deutschland 86 underscores the importance of pragmatism over ideology.

Imran is a Singapore based Tour Guide with a special interest in arts and history. Imran has lived and worked in several countries during his career as an international banker. He enjoys traveling, especially by train, as a way to feed his curiosity about the world and nurture his interest in photography. He is available on twitter (@grandmoofti); Instagram(@imranahmedsg) and can be contacted at imran.ahmed.sg@gmail.com.


Occupied is a Norwegian television series which tells the story of a series of political events leading to the Russian military occupation of Norway. 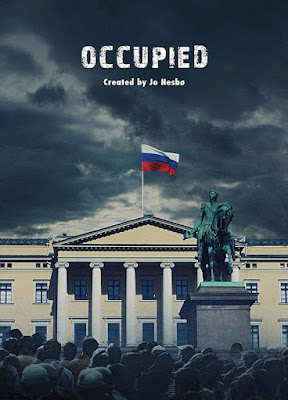 A Russian military occupation of Norway may sound unrealistic but the series plays out in such a manner that it's almost believable. After a few episodes it doesn't really matter as the plot fully draws in the viewer. The intricate plot blends love, political intrigue, action and European politics in a believable fashion.

The military intervention was all about Norway's enormous oil and gas reserves.

Yes, the geopolitics of oil and gas are intense. After all, wasn't the US intervention in Iraq all about oil? So why should one be so surprised something similar could happen in the heart of Europe with Russia as the antagonist?

Occupied is watchable despite the acting. At times, the acting leaves a lot to be desired. It is wooden with characters seeming to simply 'go through the motions.' The depth in characters is therefore missing.

Nonetheless, Occupied is a must watch for anyone interested in political thrillers. It builds a credible story based on plausible situations. The gaps in the plot are forgivable given the entertainment value of the series.

Imran is an adventurer, blogger, consultant, guide, photographer, speaker, traveler and a banker in his previous life. He is available on twitter (@grandmoofti); Instagram (@imranahmedsg) and can be contacted at imran.ahmed.sg@gmail.com.