The Internet as Yin and Yang

There can be no doubt the Internet has blurred international cultural borders. Anyone, anywhere can access virtually anything at anytime.


In the past, connectivity may have been a bigger issue but that too is slowly fading as the world gets wired up with smart phones. Nevertheless, the world's eyeballs tend to gravitate to the same ten websites, irrespective of location. The world has been all but divided between Google, YouTube, Yahoo!, Facebook and Twitter.

However, the most popular sites are only the beginning of the story. These websites may be the first stop for most Internet users but they are only a means to a much more personal end.


Train lovers may watch YouTube videos of trains, celebrity watchers follow Justin Bieber's every move, news junkies zoom in on interesting stories and, most of all, individuals tell friends and family their life stories through personal tweets and Facebook updates.
On the face of it, the Internet has 'globalized' information much like Hollywood did to movies, i.e. the world watches Madagascar 3 and Modern Family at the same time. However, the nature of the Internet also permits the organization of 'tribes' on the basis of shared interests. And, because tribes pull in interested persons from all over the world, establishing large tribes becomes easier. Geography is no barrier to the Internet. 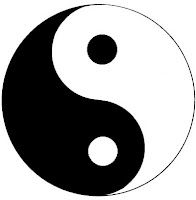 The Internet embodies contemporary life's Yin and Yang: it unites and divides; informs and misleads; globalizes and individuates.
The Internet is that most ubiquitous of modern forces. The Internet complements our connections with others and its limit human interaction too.
__________________


Imran is a business and management consultant. Through his work at Deodar Advisors and the Deodar Diagnostic, Imran improves profits of businesses operating in Singapore and the region. He can be reached at imran@deodaradvisors.com.
Posted by Imran Ahmed at 17:21 No comments:

I suspect Singapore's 'opposition' bloggers are aflame with articles playing up Singapore's very poor rankings in a global 'Happiness Index' calculated by the New economics Foundation. The Republic ranked 90th out of 151 countries. By comparison, Pakistan ranked sixteenth, below Bangladesh at eleven. At the top was Costa Rica. China was in between at 60 while India came in at 32.


Undoubtedly, the Happiness Index data rankings should give Singaporeans pause for thought. However, that Singapore can easily recruit 'foreign talent' from seemingly 'happier' countries like Bangladesh, India and China and get individuals to move to an unhappier country, i.e. Singapore, also tells us something about the imperfections of the Happiness Index.
It's hard to quantify an emotional concept like happiness into one single number.

The Happiness Index uses a methodology which combines three factors: experiential (how happy people in a particular country explicitly say they are); life expectancy and a country's ecological footprint. A nation with a high ecological footprint is penalized as its happiness is deemed not to be 'sustainable.' Consequently, wealthy nations with high carbon footprints are virtually non-existent from the list of top twenty-five 'happiest' nations.
The situation changes if countries are ranked solely on how happy their citizens claim to be, the 'experienced well being' factor. Wealthier countries dominate the top of the list. Singapore jumps to 34 while Pakistan, Bangladesh and India drop to 72, 83 and 84 respectively. Meanwhile, China moves into triple digits at 102.
(Apparently, the Happiness Index is a good way for left wing 'new age' economists in wealthy societies to make poorer nations feel better about maintaining lower standards of living by emphasizing the lower carbon footprint as a key to happiness!)
Clearly, one idea suggested by the index is that happiness encompasses more than simply economic prosperity. Material wealth is important – but not necessarily as a goal unto itself. A 'basic minimum' standard of living is necessary for humans to pursue self-actualization but beyond such a threshold the impact on a person's 'happiness' is subject to debate.
Wealth must serve a higher purpose. Arguably, Singapore has achieved a critical mass in wealth. The question Singaporeans must answer now is, 'What's next – chasing after more wealth? Or shaping Singapore society for future generations – in a more balanced and sustainable manner?'
It is not a trick question, folks. There is an easy answer.
__________________


Imran is a business and management consultant. Through his work at Deodar Advisors and the Deodar Diagnostic, Imran improves profits of businesses operating in Singapore and the region. He can be reached at imran@deodaradvisors.com.
Posted by Imran Ahmed at 17:48 No comments:


Singaporeans know too well the travails of urban living. Sometimes it seems there are no 'rural areas' in Singapore - or hardly any. Ironically, one does not have to look very hard to find green spaces. There are many dotted across the island.
One such space is MacRitchie Reservoir Park. Originally constructed in 1867, the reservoir was expanded in the 1890s. It was renamed MacRitchie Reservoir in 1907. Presently, the MacRitchie Reservoir Park acts as a green haven in the midst of Singapore's concrete jungle.
Although I have lived in Singapore for over one decade, this was my first trip to MacRitchie Park. Better late than never, I suppose.
Perhaps it took me so long because I am the proverbial 'homo urbanus.'
My free time is typically spent wandering aimlessly around Singapore's many shopping malls. Variety is provided by judiciously alternating from the menu of malls available – and visiting a public library from time to time!
Homo urbanus is a species found in large numbers in Singapore.
Surprisingly, there is also a population of monkeys living alongside Singapore's homo urbanus. I came across many of their numbers at MacRitchie.
I saw monkeys pilfering garbage, swinging from trees, enjoying high energy drinks or just sauntering around their playground. MacRitchie is, after all, the monkeys' home ground. Humans are visitors encroaching on their land.
According to the United Nations, more than half the world's population now lives in urban areas. By 2030 the number of people living in cities is expected to grow to almost five billion. These are big numbers – maybe not as large as the US budget deficit but there is nothing trifling about measuring humans in billions.
Urban sprawl and concrete structures will continue to grow, horizontally and vertically. Singapore, in many ways, is a laboratory case for fitting more and more humans in a limited space, thus making an even stronger case for preserving the many small and large 'MacRitchies' all across this island.
A little piece of green serenity right in my backyard, I will be visiting MacRitchie again soon. Even homo urbanus needs to recharge energies and visit the jungle from time to time.


Imran is a business and management consultant. Through his work at Deodar Advisors, Imran improves the profitability of businesses operating in Singapore and the region. He can be reached at imran@deodaradvisors.com.
Posted by Imran Ahmed at 14:52 No comments:

Myanmar is the latest poster child of global democratic and economic reform. The world's capitalists are beating a path to Yangon's door hoping to get a piece of the pie. Much of the new found optimism is due to the legitimacy granted recent changes by celebrated human rights activist Aung San Suu Kyi. Her participation in the last elections is the most visible example of change in process.
Surely, there is ample reason to be sanguine about Myanmar's future but is the world getting ahead of itself? Media reports suggest Suu Kyi herself seems to think so – she cautioned the world against 'reckless optimism' at a recent speech in Bangkok. 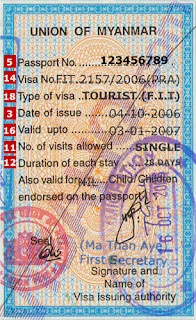 I can appreciate Suu Kyi's sentiments. I was in Pakistan in 1988 when Pakistan's own 'beacon of freedom and democracy' – the late Benazir Bhutto - returned after many years in self-imposed exile. After a decade of stifling pseudo-Islamic rule by the late President Zia ul-Haq, Pakistan's democratic era was to lead the nation to freedom and prosperity.


Instead, the 1990s are lamented as Pakistan's lost decade, much like the 2010s look like becoming. Democracy brought nothing but instability.


Yes, Pakistan had democracy – much like today's circus comprising mainly of gangsters and power brokers more concerned about maintaining the perquisites of control than improving the welfare of the common citizen. One needs to look no farther than President Zardari to get an idea of the quality of people currently running the country. Is it any surprise Pakistan's condition has significantly deteriorated in the last few years of 'democratic freedoms?'


Ok, I concede that comparing Suu Kyi with Benazir is a tad unfair to Suu Kyi. For starters, I don't believe Suu Kyi has a spouse comparable to Pakistan's disgraceful President. Nevertheless, Suu Kyi will face at least some of the same obstacles which plagued Benazir's stint as the Muslim world's first female Prime Minister.


Reckless optimism is a nice phrase to capture sentiments which naturally get ahead of themselves, especially amongst the youth. Ordinary citizens will demand change and improvement at a rapid pace – a rate not likely permitted by Myanmar's establishment.


Myanmar's generals will resist change every step of the way. Helping the reactionary forces will be the privileged classes which benefit from an economy designed to buttress the existing regime. It will take more than a few months to dismantle the control systems put in place over a span of years by a military junta.


Certainly, Myanmar and Pakistan are also not comparable in many ways. Myanmar exists in a friendlier neighbourhood. There is no foreign occupation of any of Myanmar's neighbours. Trade links with neighbours should be normal – not a legacy of past wars and hostilities.


Hope makes the world go round. Aung San Suu Kyi brings hope of a better future to Myanmar's people. That is part of Suu Kyi's attraction. However, it is no surprise that Suu Kyi herself wishes to temper expectations of change. She understands the difficulties in reforming a society, especially one as tightly controlled as Myanmar.


Imran is a business and management consultant. Through his work at Deodar Advisors, Imran improves the profitability of businesses operating in Singapore and the region. He can be reached at imran@deodaradvisors.com.
Posted by Imran Ahmed at 16:27 No comments: