The ‘God Particle’ and Allah’s students

The world is apparently on the cusp of a significant scientific breakthrough. Scientists in Switzerland have discovered evidence of the 'God Particle,' a breakthrough which might lead to deciphering some of the mysteries surrounding the world's creation.

Pakistani Nobel Prize winning physicist, Dr. Abdus Salam, may have played a role in critical early research on the subject but that fact only underscores the pathetic state of learning in the Islamic world today.
Islam's knowledge deficit has its roots in history. Despite the rich tradition of scientific enquiry of earlier Islamic societies, the Islamic world slept through the Scientific Revolution. Mostly, the arrival of steam engines and cotton ginning machines into Muslim territories - from Istanbul, Cairo to Delhi - had to wait until respective colonial masters saw fit to introduce these technologies. Or, as in the case of the Ottoman Turks, the knowledge was bought with borrowed money, many decades later.
Unfortunately, things have changed little in the Islamic world during the last few centuries. The Islamic world still has demons to exorcise.
The conservative religious clergy with its reactionary world view is alive and well. Women in Saudi Arabia cannot drive for a reason. Even with all the oil wealth at its disposal, the Saudi state is not powerful enough to directly challenge such anachronistic religious edicts. Sadly, reactionary religious conservatism of sorts has permeated all corners of the Islamic world.
However, the situation is not all bad. 'International' secular, scientific knowledge is being soaked up by Islamic societies in a big way. The catch-up process is underway. There are umpteen universities and research institutes established in the post colonial era. Wealthy Islamic states such as Qatar and Saudi Arabia are collaborating with global educational centers of excellence to improve research standards.
Surely, there is little, if any, genuine secular knowledge creation in contemporary Muslim societies. Nevertheless, the seeds for a future knowledge revolution are being planted. It is not by chance that a new generation of Arabs wishes to rid itself of authoritarian rulers. The new generation is an educated, worldly wise population seeking to move into modernity, including in governance standards. 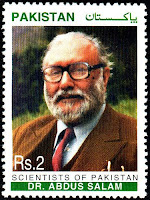 Unfortunately, Islam's knowledge revolution is decades away. Debates about hijab, consumption of alcohol or the role of women in an Islamic society are apparently more important than acquisition of knowledge. Consequently, for the next few decades headlines such as 'New God Particle Discovered' are more likely to be followed by 'Historical Timbuktu Shrines Burnt by Muslims Acting in the Name of God.' Articles with sentences such as the following will only be found in the fantasy world of optimistic bloggers.
"Scientists working at the Institute of Particle Research in [insert Islamic city name / country here] held a press conference to highlight the latest advancements in the field of particle physics."
__________________


Imran is a business and management consultant. Through his work at Deodar Advisors and the Deodar Diagnostic, Imran improves profits of businesses operating in Singapore and the region. He can be reached at imran@deodaradvisors.com.
Posted by Imran Ahmed at 18:52